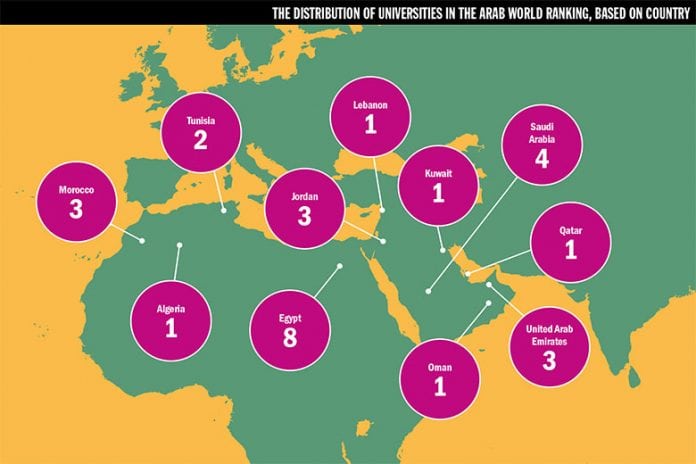 In the 2017 snapshot ranking of higher education institutions in the Arab World, universities in Saudi Arabia have taken the top three positions.

King Abdulaziz University, King Fahd University of Petroleum and Minerals, and King Saud University, all in Saudi Arabia, were ranked as the best universities in the Arab World.

The final two universities making up the top five are Khalifa University of Science, Technology and Research in the United Arab Emirates and Qatar’s largest and oldest institution, Qatar University.

The table was created by extracting the universities based in the Arab League countries from the overall World University Rankings 2017 and ranking them based on their individual overall scores.

The Arab League currently consists of 22 member states and four observer states located across the Middle East and North Africa. 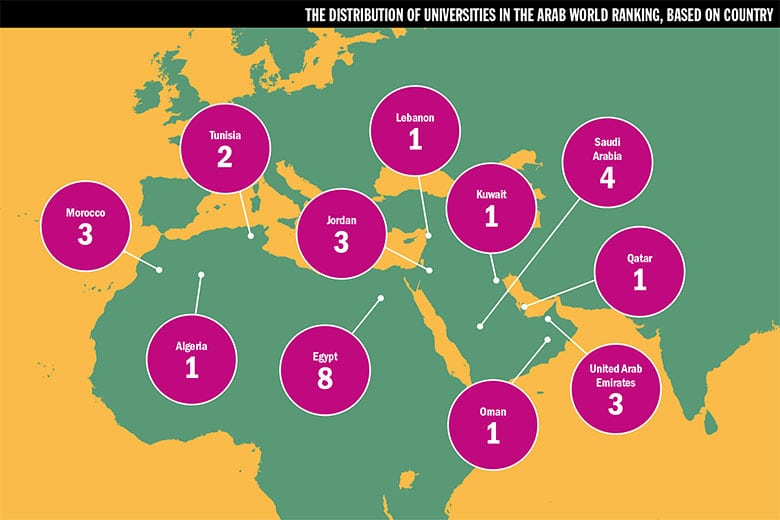