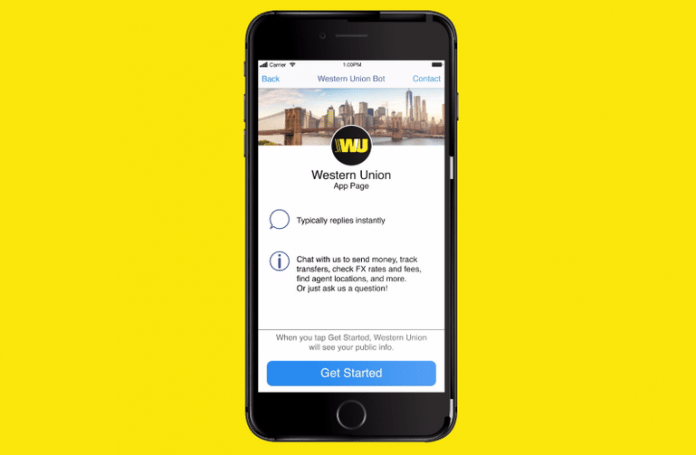 Western Union, a leader in global payments, today announced an innovative and compelling way for Facebook Messenger users in the U.S. to send money to more than 200 countries and territories across 130 currencies. The announcement was made at the F8 Facebook Developer Conference in San Jose, California.

The funds can be received into billions of bank accounts around the world or in cash at half a million global retail Agent locations from the world’s largest metro areas to remote villages. More than 1.2 billion people around the world use Messenger every month.

Messenger users in the U.S. will have access to Western Union’s industry-leading digital and retail cross-border money transfer platform, as well as many innovative features including access to real-time foreign exchange rates and automated customer support. The Western Union bot for Messenger enables a digital-and-physical gateway for money movement, bringing access, convenience and leading-edge technology to U.S. consumers.

“Western Union’s global money movement platform—trusted by millions of customers worldwide—can now be accessed through the world’s largest social network platform by users in the U.S., enabling convenience, access and simplicity to further connect individuals and communities all over the world,” said Odilon Almeida, President, Global Money Transfer at Western Union.
“The Messenger platform allows Western Union to interact with our U.S. customers where they are, when they need us, in the most natural, conversational way,” he added.

“Our Messenger community in the U.S. can now connect with the rest of the world via Western Union’s services—either digitally or to a physical location—when sending money,” said David Marcus, Vice President of Messenger. “We are thrilled that the Western Union money transfer bot for Messenger is launching today.”

National Bonds: Savings Culture on Rise in the UAE