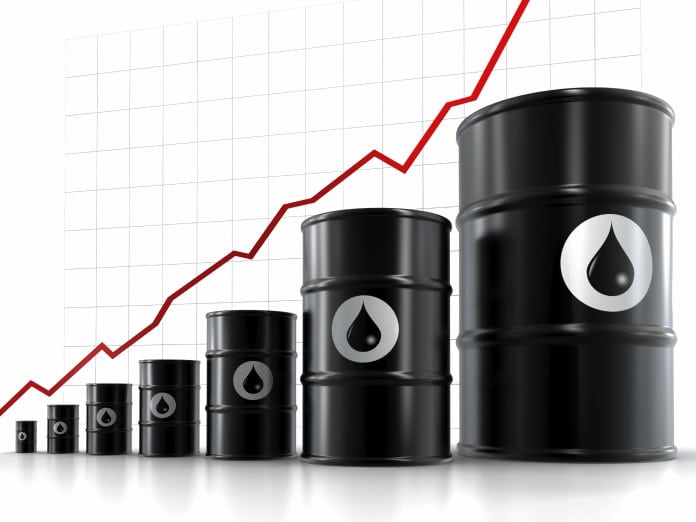 Oil prices crashed at the beginning of 2016, reaching a low of almost $27 per barrel. By the end of the year, the expectations of a turnaround had all eyes on the Organization of the Petroleum Exporting Countries and their discussions to cutback output for the first time in eight years.

The Energy Information Agency predicted, at the end of 2015, that the oil market will remain subject to significant uncertainties and could continue to experience periods of heightened volatility, as it moved towards balance.

But everything changed at the end of November, when the OPEC finally agreed to cut its output by 1.2 million barrels per day starting on January. In addition, several non-member countries, including Russia, pledged to reduce their production by roughly 560,000 barrels per day for the first six months of next year.

After the announcement, prices soared and the impact in the market was immediate. Benchmark oil prices gained as much as 10 percent in New York and the shared prices of energy companies around the world jumped. The deal, that was designed to drain record global oil inventories, is expected to tighten the supply and boost oil prices in the next few months. But will this happen?

After the OPEC’s agreement to curb production was reached, prices jumped to 17-month highs. As a result, the gains have set up 2016 to be the first year since 2012 in which Brent has risen.

EIA forecasts Brent crude oil prices to average $43 pb in 2016 but to be up to $52 pb in 2017. The agency also predicts that West Texas Intermediate crude oil prices could average about $1 pb less than Brent prices in 2017.

Goldman Sachs, that expects 84 percent compliance to the announced collective cuts, has upped its oil price outlook for the second quarter of 2017.

“Beyond the first half of 2017, we expect that the global market will remain balanced, with Brent prices between $55 pb and $60 pb, on higher production from low-cost producers, a greater shale supply response and the continued ramp up in legacy projects,” analysts added.

Similarly, JPMorgan Chase & Co. increased its 2017, Brent and WTI crude forecasts after OPEC reached a deal. But ANZ Research analysts, that expect international oil prices to hit strong resistance at around $60 a barrel in early 2017, said: “There is a real risk that higher prices could reactivate more dormant shale oil.”

OPEC Cutback: Will they comply?

The latest production data from EIA showed US production increased by 9,000 barrels a day to 8.7 million barrels for the week ended November 25.

For contractual and logistical reasons, we might initially see that the output cuts do not fall neatly into place.

The deal is for six months and we should allow time for it to be implemented before re-assessing our market outlook. Success means the reinforcement of prices and revenue stability for producers after two difficult years; failure risks starting a fourth year of stock builds and a possible return to lower prices,” the IEA added.

“While we acknowledge that OPEC’s record of delivering on production cuts has historically been poor, on a net basis we expect this to tighten crude markets,” said Scott Darling, the head of Asia-Pacific oil and gas research at J.P. Morgan.

But Michael Tran, a commodities strategist at RBC Capital Markets based in New York, said to Bloomberg: “In regards to the OPEC deal, we had always expected the Saudis and OPEC to be able to really stick the landing and get the deal done. Compliance will be quite high.”

“Market forces have brought supply and demand back close to balance already. The cuts are more intended to accelerate the rebalancing process and in particular the drawdown of the large inventory overhang,” said Gordon Gray, global head of oil and gas equity research at HSBC.

Analysts at Sanford C. Bernstein & Co. LLC said many of the proposed declines would have come even without a deal, either due to seasonal slowdowns in demand or declining productivity.

The analysts expect OPEC and non-OPEC members to follow through on roughly 70 per cent of targets, and U.S. shale production to grow at a moderate rate of 500,000 bpd in 2017.

“This will not be enough to offset the decline in OPEC and non-OPEC output plus the additional 1.2 million bpd in demand growth,” the analysts said in a research note.

Trump, a Stronger US Dollar and the Fed’s Rate Hike

US President Trump has made energy a central part of his agenda, expecting that the oil and natural gas industry could lead to the creation of “another 400,000 new jobs per year”. But this energy revolution will only take place if there is a resurgence in U.S. production, based on higher oil prices.

Bank of America Merrill Lynch’s, head of global commodities and derivatives research, said to CNBC: “So now OPEC has to deal with a rising threat of more supply from the U.S. at a lower cost, because that’s what lower regulatory hurdles mean for supply in this country,”

The uncertainty of Trump’s proposals and implementation of policies may not be the only factor to impact the oil supply. The US dollar has risen to multi-year highs following the U.S. presidential election, in part boosted by expectations for economic expansion.

A stronger dollar pressures demand for dollar-denominated crude, making barrels more expensive for users of other currencies. Carl Larry, director of oil and gas at Frost & Sullivan, said: “Any kind of stronger dollar play really puts pressure on this market.”

To add to an already rising dollar, last December, the Federal Reserve announced that it will raise interest rates by 25 basis points for the second time in a decade. As a result, the US dollar peaked to a 14-year high. The estimated three rates hikes to come in 2017 will play a crucial role in the oil prices as the dollar strengthens.

OPEC reached a deal that involved overcoming disagreements between members and the support of non-OPEC countries. But there are still doubts as to whether they will comply with the targets they’ve set. Next year, Trump’s presidency could threaten the organization’s ability to set oil prices, and a stronger US dollar may drive oil prices higher than expected.

Investors should closely follow OPEC’s upcoming meetings and cutback compliance as well as how many of Trump’s proposals are finally implemented, although some office appointments have already proven to be controversial enough to bring uncertainty to the oil market among others.