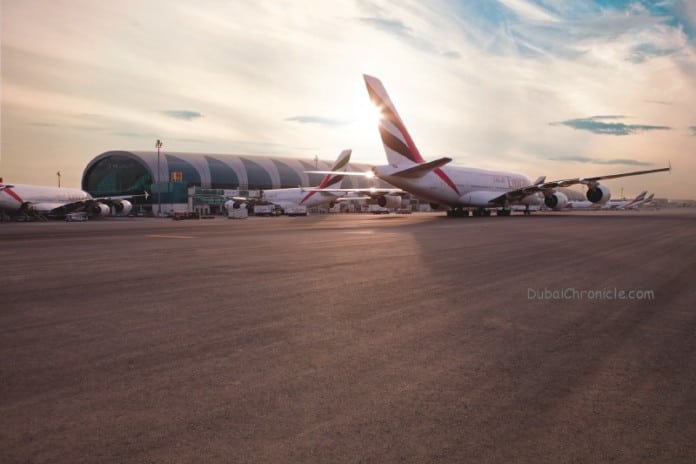 Due to the closure of Istanbul’s Ataturk Airport (IST), Emirates flights between Dubai and Istanbul on 29 June have been cancelled.

Passengers will be offered the option to transfer onto services between Dubai and Sabiha Gökçen International Airport (SAW), EK119/120 on 29 June. Passengers will be responsible for arranging their own transportation from/to these stations.

One of the attackers opened fire in the departure hall before all three detonated explosives they were carrying, blowing themselves up at the arrival hall, initial evidence shows.

Turkey’s Prime Minister Binali Yildirim said the attack appears to have been carried out by Islamic State militants. Turkey is part of a US-led coalition fighting the extremist militia.

The airport suspended scheduled flights, while some aircraft heading to the airport were diverted elsewhere. Air traffic resumed sometime around early morning on Wednesday.

Meanwhile, Turkish Airlines suspended its flights to and from Atatürk Airport until Wednesday morning and said travellers’ bookings could be refunded or changed without any extra cost.

The airport incident is the latest in a series of suicide bombings that have shaken Turkey. There have been two suicide attacks in tourist areas around Istanbul and two car bombings in the capital, Ankara.

The attacks on Istanbul are believed to have been orchestrated by the Islamic State, while the incidents in the capital were claimed by a Kurdish militant group.

Turkey is already struggling to contain the spillover from the civil war ripping through neighboring Syria and is also facing insurgency by Kurdish militants in the southeast of the country.

In numbers: A strategic airport

The airport, first opened in 1924, was renamed in 1980 to Atatürk Airport Airport in honor of Mustafa Kemal Atatürk, the founder of the Republic of Turkey and its first president.

It is located in the Western side of the city, which is regarded as the European side.

More than 60 million travelers passed through Atatürk Airport in 2015.

The airport saw traffic increase by more than 16 million passengers in the past three years, making it a major gateway for tourists to the MENA region. This growth was further supported by a rapid expansion plan carried out by Turkey’s official carrier, Turkish Airlines.

It functions as a main hub for Turkish Airlines, which travels to 280 destinations around the world.

The airport features two terminals that are interconnected. The older and smaller Terminal 1 strictly handles domestic flights, while Terminal 2 was inaugurated in 2000 and is now used for all international flights.

A new, bigger airport is now under construction to cater to the destination’s growing domestic and international travellers. Located on the coast of the Black Sea, construction of the Istanbul New Airport started in May 2015.

Upon completion of the new airport, Atatürk is expected to close, according to local media.