Oil futures settled with a loss of almost 5% on Friday as the U.K. voted to leave the European Union, raising concerns over the implications for global economies and the potential for a slowdown in energy demand. But the drop is likely to be a temporary stumbling block for the steadily strengthening oil industry.

While the Brexit vote Thursday may make oil prices more volatile in the short term, the U.K.’s decision is unlikely to drastically disrupt the oil market’s fundamental drivers, production and consumption. The market is mostly focused on what the Saudis are doing and what’s happening in the U.S. shale sector. Brexit is less of a factor, although it is creating global market turmoil and it may eventually trigger a global recession.

On Friday, the U.S. oil rig count ticked higher for the first time after three weeks of additions, shedding 7 rigs to lower the count to 330, according to the latest survey from Baker Hughes.The overall rig count, which includes 4 additional gas rigs to 90, fell by 3 to 421 following last week’s increase of 10.Total U.S. rigs are 51% a lower than a year ago at this time, while oil drilling rigs are down 47% Y/Y.

The drop in U.S. production is adding to the significant supply disruptions in Canada, Libya and Nigeria. Massive wildfires in Canada’s oil sands region in May knocked out as many as 1.5 million barrels a day in capacity as producers shuttered facilities and workers fled for safety. Attacks on Libya’s key production facilities has delayed the country’s attempts to restore oil output to pre-2011 levels. And in Nigeria, military action against facilities and pipelines in the oil-rich Niger Delta region pushed oil production down to 30-year lows.

Global oil supplies in May fell by 0.6 percent to 95.4 billion barrels a day compared to a year earlier, marking the first significant drop since early 2013, the International Energy Agency (IEA) reported June 14.

In contrast, oil demand nudged upward on signs that lower fuel prices were spurring higher consumption in emerging economies. Global oil demand grew an estimated 1.6 million barrels a day in the first quarter of this year over the same period last year, the IEA said.

“At halfway in 2016, the oil market looks to be balancing,” the Paris-based energy agency said in its monthly oil market report last week.

The world’s oil markets won’t be completely immune to any financial fallout from the Brexit. The referendum result could weaken oil demand by hampering Europe’s economic growth, and it may slow investment in the U.K.’s North Sea oil and gas operations.

But Europe isn’t the main driver of global oil demand growth, and the North Sea accounts for a small and shrinking share of the world’s total oil production. More likely to influence oil markets are the chances that U.S. oil production could quickly recover and the broader questions around Saudi Arabia’s long-term oil strategy. 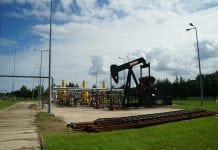