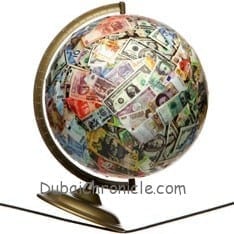 There is a growing sense of bullishness among fund managers across the world. Investors are most enamored by Europe, the continent that has best captured attention in recent years by lurching from one financial crisis to another.

In August, portfolio managers’ confidence toward the Euro block hit a nine-year high, according to Bank of America Merrill Lynch’s monthly fund managers survey published Tuesday. A net 88% of portfolio managers expect to see that economy improve in the next 12 months, putting the region in the lead among global growth expectations for the first time in three years.

In addition,  the ZEW German economic sentiment indicator jumped to a 5-month high on Tuesday. The country’s economy moved up a gear in the second quarter following a weak start to the year, official data confirmed Wednesday, making it the fastest growing of the world’s largest industrialized nations. Germany’s gross domestic product, the broadest measure of goods and services produced across the economy, swelled 0.7% in the second quarter from the preceding period, in line with economists’ forecasts. That equals annualized growth of 2.9%, the statistics office said. By comparison, the U.S. economy expanded by an annualized 1.7% in the second quarter, while Japan’s growth rate eased to 2.6%.

In addition, the French economy jumped out of recession in the second quarter, aided by stronger domestic demand and a rebuilding of stocks, official statistics showed Wednesday. The euro zone’s second-largest economy expanded 0.5% in the second quarter from the first quarter of this year. The expansion follows two consecutive quarters of contraction–the common definition of a recession.

Confidence about European corporate earnings is jumping to pre-crisis levels, according to BofA’s monthly European Fund Manager Survey. Some 64% expect earnings to rise in the next year, though 55% doubt earnings per share can grow by double digits. That is the widest gap between the direction and level of growth in the history of the survey.

Investors are not as enthused about emerging markets ecuities. A net 19% are underweight emerging-market equities, giving them the least exposure in 12 years, writes strategist Swathi Putcha in the Emerging Market and Asia Fund Manager Survey. They are cutting exposure to emerging-market consumer sectors but became more bullish about Chinese growth and material stocks. Another bright spot is Korea, where investors raised their exposure to the home of Samsung and Hyundai to their second-highest level on record.

Taken as a whole, a net 72% of fund managers expect global growth to gather steam, the most bullish reading since December 2009.

Given that outlook, where are fund managers putting their money? Chief Investment Strategist Michael Hartnett writes on the global angle:

“Increased exposure to Banks and short-covering in Materials, funded by reduced exposure to the Utility sector. Tech the world’s sector and investors appear convinced that US-housing is likely to outperform China-housing.

“A remarkably low 3% of investors expect long-term bond yields to be lower in 12 months; no surprise asset allocation exposure to bonds at a 28-month low; fixed income concerns may explain why cash levels are still-high at 4.5%.