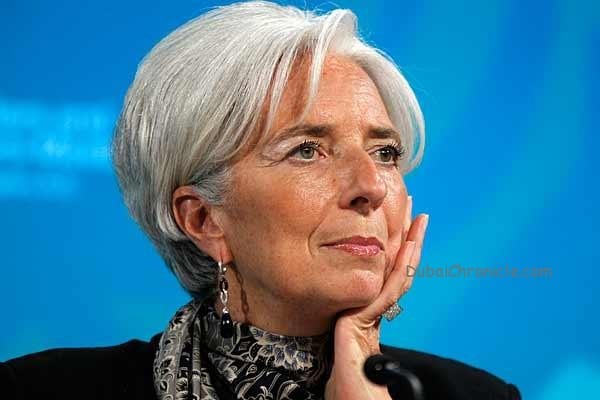 The International Monetary Fund’s (IMF) 2013 Article IV Consultation with the UAE has concluded with a favourable economic overview. The IMF notes the UAE’s economic recovery continued in 2012 supported by favourable oil prices, capital inflows and the UAE’s safe-haven status amid the regional political and social unrest.

Overall GDP growth is projected to have reached 4.3 per cent in 2012 as hydrocarbon production expanded by around 5.2 per cent, and non-oil growth accelerated to 3.8 per cent. The external current account surplus rose to almost 17 per cent of GDP supported also by buoyant non-hydrocarbon exports.

A broadening recovery in construction and real estate, and ongoing growth in tourism-oriented sectors are expected to underpin a further acceleration in non-oil growth to 4.3 per cent this year. At the same time, growth in oil production will likely slow in the context of ample global supply. Non-hydrocarbon growth is expected to remain strong at above four per cent in the medium term, though subject to substantial external risks. Inflation remained subdued at 0.7 per cent in 2012, and is expected to pick up only moderately in 2013.

Aiming to build on its achievements in becoming a regional services and tourism hub, Dubai recently announced plans for several new megaprojects in real estate and tourism that will be executed to a large extent through its Government-Related Entities (GRE).
The IMF said the banking system maintains significant capital and liquidity buffers, and non-performing loans may finally have peaked at 8.7 per cent in December 2012. Nonetheless, further restructuring of GRE debt, including possibly on already restructured debt, could still add materially to this level. Despite the accommodative monetary stance under the peg to the US dollar, lending to the private sector has remained sluggish.

The Central Bank of the UAE (CBUAE) has implemented several measures since the 2009 crisis to better assess and contain GRE risk in the financial system:

The CBUAE issued new regulations to harmonise loan classification and provisioning practices across banks, and to move toward forward-looking provisioning. Before the crisis it was difficult to compare the adequacy of provisioning under the International Financial Reporting Standard (IFRS). To complement IFRS, the central bank issued in 2010 new loan classification and provisioning guidelines to help ensure greater uniformity across banks and increase the banks’ forward looking general provisions. In addition, general provisions are being raised to 1.5 per cent by 2014.

The central bank has limited dividend distribution in recent years to ensure that banks are amply capitalised. The aim is to build buffers in an environment where the recognition of NPLs has been gradual. In the current context where banks generate healthy operational profits but face the legacy of high NPLs, restricting dividend distribution continues to be a useful tool to build resiliency in the banking sector.

The CBUAE has made substantial progress in strengthening its systemic risk analysis, including related to GRE risk. The CBUAE conducts macro stress testing semiannually for credit risk, predominantly based on GRE credit risk scenarios, and intends to make stress testing an integral part of systemic surveillance.

The IMF said swift implementation of the planned new concentration limits on GRE lending would further strengthen the banking system. The CBUAE postponed the implementation of new prudential norms for aggregate limits on bank lending to Emirati governments and GREs. The planned regulations should be issued as soon as possible, including with a view to safeguarding banks from taking undue additional exposure to GREs. Regulation should include transition paths for banks that will not be realistically able to meet the new concentration limits immediately. In addition, imposing higher capital charges and introducing forward provisioning on exposures to risky GREs would further mitigate risks to the banking system.

An in-depth diagnostic of bank governance would help improve corporate governance practices in the banking sector. The prevalence of government control of local banks that are heavily involved in lending to GREs, as well as concentration risk in some banks, highlights the potential for governance issues. Good governance complements effective supervision and is integral to the implementation of the risk-based approach to oversight.

In concluding the 2013 Article IV consultation with the United Arab Emirates, the IMF said:

“Short- and medium-term growth prospects are positive, and external downside risks, while still substantial, have declined. The non-oil economy is projected to expand by over four per cent per annum in the coming years on the back of Dubai’s strong core services sectors and Abu Dhabi’s diversification efforts. The still-uncertain global economic and financial environment could pose external risks to this favourable outlook, although the UAE’s sizeable foreign assets and improving fiscal position provide significant buffers.

“In this environment, it will be key to enact policies to strengthen the economy’s resilience and mitigate the risk of entering a renewed boom-bust cycle. The pace of recovery in some segments of the real estate market and a number of announcements since late 2012 of new megaprojects in real estate and tourism warrant a cautious approach to policymaking. This approach should entail implementing further fiscal consolidation, limiting new risk-taking by the large and still highly indebted GRE sector, and devising prudent financial sector regulation. At the same time, there is a need for continued focus on dealing with the legacy of the 2009 crisis.

“Fiscal policy is appropriately aimed at consolidation. The strengthening economy allows for further withdrawal of the large fiscal stimulus implemented in the context of the 2009 crisis, bringing spending again closer to levels consistent with intergenerational equity, and further reducing break-even oil prices. Fiscal consolidation will also help contain fiscal vulnerabilities stemming from Dubai in the face of potentially large contingent liabilities. Should the rise in real estate prices in some sectors continue unabated, the authorities should consider implementing targeted increases in real estate-related fees, which could help mitigate speculative price pressures while generating revenue in support of fiscal consolidation. Building on recent progress in developing Medium Term Fiscal Frameworks (MTFFs), such frameworks should continue to be refined, and, in the case of Abu Dhabi, increasingly integrated into the budget formulation process.

“Building on progress in restructuring the debt of GREs, Dubai should continue to focus on strengthening the GRE sector. The total debt of the Dubai government and GREs continues to be large, and GREs are likely to continue facing financial challenges in light of large outstanding debt and significant maturities, including on restructured debt, falling due between 2014 and 2018. Many of Dubai’s GREs continue to be nontransparent, making an assessment of the sector’s financial health and associated macroeconomic risks difficult. Improving the transparency and governance of GREs, as well as timely communication about key maturing debt will be important to support market confidence.

“Close oversight of the GREs will be essential to prevent a renewed cycle of risk-taking. Dubai’s GREs and banks are increasingly regaining access to external financing in an environment of high global liquidity and search for yield. Renewed large-scale external and domestic borrowing to finance ambitious real estate and tourism projects should be pre-empted to avoid setting off a new boom-bust cycle. Continued close oversight of GREs by the Dubai Supreme Fiscal Committee will be essential, and should be strengthened by developing adequate mechanisms for prioritizing and sequencing major projects, and for assessing the quality of planned spending.

“The implementation of planned prudential regulations will help mitigate the risk of a build-up of banking sector vulnerabilities. With significant capital and liquidity buffers, banks show substantial resilience to shocks. Building on this strength, it will be important to pre-empt the build-up of new vulnerabilities. Swift implementation of the planned new prudential regulations for mortgage lending and loan concentration would mitigate the risk of rapid credit expansion and undue loan concentration to the real estate and GRE sectors in the future. These policies should be complemented by developing a more formal and transparent macroprudential institutional and policy framework. The proposed new Financial Services Law provides an opportunity to establish the legal base for such a framework. Developing the domestic fixed income market would support banks’ liquidity management as they prepare for the introduction of the Basel III liquidity norms, and would help the diversification of funding sources for corporates. The planned assessment under the Financial Sector Assessment Program (FSAP) will be a welcome opportunity to review the financial sector’s strengths and weaknesses. This assessment would also be a suitable occasion to conduct a review of the UAE’s Anti-Money Laundering/Combating the Financing of Terrorism policies.

“Staff welcomes the notable progress made in fiscal coordination among the federal and emirate governments. Building on this achievement, coordination can be further strengthened by improving the quality and availability of fiscal information and macrofiscal analysis, jointly discussing budgets and MTFFs, and enhancing expenditure policy coordination.

“Staff encourages the authorities to build on recent progress in improving statistics. It will be important to maintain the recent momentum of strengthening economic statistics by providing adequate resources for improving the quality of the national accounts and for producing demographic and labour markets statistics, while continuing to strengthen balance of payments statistics. Developing statistics on the International Investment Position will be essential to close an important gap.”