Crude oil production from the Organization of the Petroleum Exporting Countries (OPEC) fell to 30.65 million barrels per day (b/d) in December from 31.08 million b/d in November, led by a plunge in exports from both Saudi Arabia and Iraq, a just-released Platts survey of OPEC and oil industry officials and analysts showed.

The 430,000 b/d month-over-month drop takes the oil producer group closer to its 30 million b/d output target, which has now been in place for more than a year, having been extended at OPEC’s December 12 ministerial conference in Vienna.

“Global supply has been running above demand for many months, so the Saudis appear to have decided to simply take away a good chunk of that surplus all in one shot,” said John Kingston, Platts global director of news. “It’s a wake-up call to let an increasingly glutted market know that the kingdom is not going to let the imbalance get too out of hand.”

Saudi Arabian production is viewed as a barometer of market conditions since the country, due to its significant spare output capacity, is the only producer able to act as unofficial swing producer.

A spate of rough weather in the Persian Gulf hit Iraq’s southern exports, affecting tanker loadings and throttling back production because of limited available storage capacity.

In the north, supply of Kurdistan-produced crude into the export system, which had peaked at 190,000 b/d earlier last year, dwindled to almost zero during December as a row over overdue payments to contractors escalated.

On December 26, a senior official at Iraq’s state-run North Oil Company, which operates the Iraq-Turkey export pipeline, said export volumes from the KRG area were flowing at just 4,000 b/d.

Iran maintained an output level near November’s 2.7 million b/d, but that level represents a drop of more than 800,000 b/d since the beginning of 2012. Market observers believe the current year could see a further dip as Iran’s top customers in Asia, which have already reduced imports of Iranian crude in order to obtain exemptions from U.S. financial sanctions which came into force in late June, make further reductions in line with a second set of 180-day exemptions granted in late 2012.

Furthermore, an additional U.S. measure will tighten the sanctions grip on Tehran in early February, when an exempted country will be able to continue to buy Iranian oil and avoid sanctions only if it makes its oil payment into an account at a bank within its borders.

Iranian oil minister Rostam Ghasemi last week told parliament in a report to the planning and budget committee that Iran’s crude sales had declined by 40% and its remittances by 45% since the start of the current Iranian year in mid-March.

Members of Iran’s parliament have said in recent weeks that Iran may base its budget for the next Iranian year on a crude export volume of one million b/d. Iran exported an average 2.2 million b/d in 2011.

In terms of Nigeria, crude oil volumes swung back upward in December as ExxonMobil lifted a force majeure imposed in November on loadings of Qua Iboe crude following a rupture on an offshore pipeline. 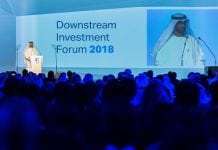