Bounced cheques – dealing with the problem 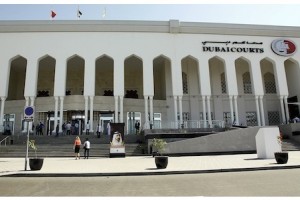 Bounced cheques have turned into an ongoing problem and are on the rise since the beginning of the financial crisis. This article aims to inform readers and provide detailed perspective on the issue.

Criminal cases and complaints filed with the UAE courts have been on the rise recently and the courts’ caseload has increased significantly. Studies have been conducted across various social strata to evaluate the prevalence and range of this problem.

Some say that it is time for laws penalizing the issuance of bounced cheques to be revised taking into account the fact that economic impediments should be considered an exceptional circumstance calling for a review of the penalty imposed on the issuer of such cheques.

Nevertheless, other people believe that the penalty for issuing a cheque without having the funds should be completely abolished and violations with bounced cheque should be removed from the realm of criminal prosecution. This argument follows from the fact that these transactions should be seen as commercial transactions that are subject to the laws of civil prosecution since the courts see a cheque as a commercial paper and look at the nature and elements of a cheque on this basis.

The criminal court perceives the word security on a cheque does not change its nature as long as it meets the formal requirements stipulated by the law. Article 596 of Law No. 18 of 1993 (Commercial Transactions Law) underlines the mandatory particulars that must be stated on a cheque, for instance an unconditional order to pay a specific sum of money.

However, a security cheque usually makes payment dependable on the fulfillment of a condition. This is where the meanings the criminal court and civil court attach to cheques differ. Some people claim that the law should be revised to abolish the penalty for dishonoured cheques as they believe a criminal penalty for a dishonoured cheque is not the right solution to the problem as it does not give the beneficiary the opportunity to recover the value of the cheque.

The courts in the UAE have stipulated that a cheque is a commercial paper containing an order by the drawer to his bank to pay the beneficiary a specific sum of money on a specific date. In this respect a cheque is a payment instrument much like cash. Issuing a cheque with insufficient funds is an offence when the drawer deliberately issues the cheque to the beneficiary (when having insufficient funds in the account) on the due date.

The drawer fails to fulfill his legal obligations when he is aware that there are not enough funds to cover the cheque. The Supreme Court has decided in previous rulings that the offence of issuing a dishonored cheque occurs when a cheque is written with the awareness that the funds to cover it are not sufficient. One cannot avoid liability by saying that the cheque is a security instrument and that the beneficiary of the cheque knew that there were not enough funds.

The issuance of a cheque (with insufficient funds) in bad faith is a punishable infraction in other institutions as well as the UAE law. Consequently, reasons for and against abolishing the law for a bounced cheques are reviewed in this article.

However, the criminal penalty for issuing a bounced cheque is an ideal way of pressurising the offender to immediately settle with the beneficiary. Given the nature of the criminal penalties such as restricting the cheque issuer’s freedom of travelling, either with confinement during investigations or, withholding his passport as a guarantee in connection with the criminal proceedings involving the cheque that is returned unpaid, prompts the issuer to settle with the beneficiary.

It is an important observation that the UAE legislator has amended Article 401 of the UAE Penal Code regarding the issuance of cheques in bad faith under Law No. 34 of 2005, by adding a clause that says:

“The criminal case shall terminate if payment is made or assignment is established after commission of the offence and before a final ruling is made in respect thereof. If this occurs after the ruling became final, its enforcement will be seized.”

From a legislative point of view, the UAE takes into account the state of the economy, the influence the law often has on the state of the economy and the position of investors, especially in periods of economic turbulence. The law tries to meet the economic needs and to make what is best for the economy. The establishment of a special judicial committee to settle cheque disputes in property transactions by HH Sheikh Mohammed bin Rashid Al Maktoum, Ruler of Dubai, by Decree No. 56 of 2009, is a good instance for that.

His Highness became aware of the economic conditions which had impact on the property sector at the time and instructed that a special judicial committee be established to settle cheque disputes for the sort of transactions listed in the Decree of which Article 5 states that:

“(a) The Judicial Control Authorities, including Police Stations, shall refer all cheque complaints to the Committee.

(b) The Public Prosecution and Courts are not allowed to investigate the bounced cheques included in this Decree, and should suspend the hearing of any complaint or criminal case related to these cheques and refer the same to the Committee”

As far as the implementation and enforcement of the law is concerned, courts are likely to consider several central points when regarding cases related to bounced cheques.

It is important to investigate the circumstances around the cheque that is returned unpaid to determine if there was any criminal intent or bad faith on the part of the cheque issuer. Considering the circumstances under which a cheque was issued is also important. For instance, when entering Construction Agreements, a contractor usually issues a security cheque for 10% of the contract price in favour of the owner. This is traditionally called a performance bond and serves as a guarantee for the contractor’s proper and competent performance of the contract. The cheque or its alternative (a bank guarantee) would become payable only upon the fulfillment of that condition.

Nevertheless, some owners and employers use this right in order to avoid paying the balance owed to the contractor by deliberately cashing a security cheque for payment when payment is not due to them. Due to the lack of sufficient funds, they then stoop to criminal action in order to further make the contractor waive or to negotiate their dues.

Thus, the criminal court is expected to consider the merits to determine the reason for writing the cheque rather than convict the drawer simply because the cheque was returned unpaid. In many cases, it may be reasonable for the criminal court refer such cases to the competent civil court for more detailed investigation. If criminal intent is established on the part of the offender, the case will be returned to the criminal court in order to decide the penalty.

Where an act of bad faith on behalf of the issuer of the cheque is established the court would likely sentence the perpetrator.

It is important to note an essential legal principle that was articulated in a Federal Supreme Court case on 22nd October 2010 in Appeal No. 54-23, which sets out that “Dishonoured cheques are classified as an offence against property under Chapter 2 (Fraud), the law considers such offence to be a form of fraud and any intention to exclude bad cheque offences should have been made explicit in the law. So, while the Law does make separate provision for bad cheques, the offence still falls under Chapter 2 (Fraud).”

From the perspective that bounced cheques are considered a form of fraud, it is stated that banks, in their relationships with borrowers, often want from borrowers to sign blank cheques as security in the event of breach of the loan contract and inability to repay the loan according to the agreed repayment schedule.

Actually, upon default by the client (borrower) on the loan, the creditor bank would give the cheque, (parts of which would be completed by the creditor bank) to the relevant authorities for the borrower to be prosecuted. Some may be  sentenced without further investigation, regarding the fact that the bank was aware, at the material time, that the client could not cover the cheque.

As a matter of fact, how can fraud be established in such case if a customer issues a cheque knowing there are insufficient funds in his account? Consequently, the courts may take this practice into account.

Detailed investigation of disputes regarding bounced cheques are very important  in order to establish an offence before issuing a ruling.