The once so sexy looking iPhone now looks somewhat small and chubby. This is a growing problem for Apple, which disclosed last month that iPhone sales have slowed. Part of the problem is that the competition has found a formula that works: thinner phones with bigger screens. The other part may be the price tag. Meanwhile, investors’ attention seems to be focused on the upcoming iPhone 5. The next-generation smartphone is such a buzz on the web, that even a video clip “iPhone 5 Housings” reached the Top 10 viral YouTube videos during the past week.

However, Samsung Electronics Co. remains the No 1 maker of smartphones in the world. Its latest flagship phone, the Galaxy S III, is sleek and wafer-thin. It can run on the fastest networks and act as a “smart wallet,” too – two things Apple’s iPhone can’t do.

Apple has become the world’s most valuable company on the back of the iPhone, which makes up nearly half of its revenue. Still, only one in six smartphones sold globally in the second quarter of 2012 had an Apple logo on its back.

When Apple reported financial results for its latest quarter recently, Apple executives blamed the weaker sales on “rumors and speculation” that may have caused some consumers to wait for the iPhone 5. In the past, iPhone sales have stayed strong at least for nine months after the new model is launched.

In the April to June period, Apple sold 26 million phones, 28 percent more than it did in the same quarter last year. Since the iPhone’s introduction in 2007, the average annual growth rate has been 112 percent.

Industry watchers and high-tech media observers now expect the new iPhone to arrive in September or October, probably with a slightly bigger screen. 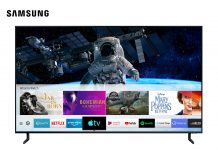 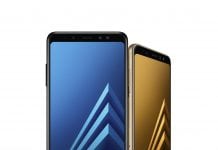