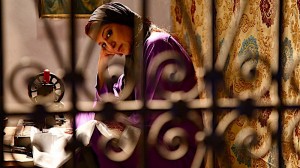 The Festival, held under the patronage of His Highness Sheikh Mohammed Bin Rashid Al Maktoum, UAE Vice President & Prime Minister and Ruler of Dubai, recorded strong growth in 2011 across parameters including its number of films, number of premieres, number of Arab films, capacity, attendance at galas, sales, admissions, industry activity, and in the number and quality of industry and media delegates.

Additionally more than four of the DIFF 2011-supported films, including Death for Sale by Morocco’s Faouz Bensaidi; DIFF-award winner The Last Friday by Jordan’s Yahya Alabdallah, Gate #5 by Lebanon’s Simon El Habre; and The Rif Lover by Morocco’s Narjiss Nejjar are currently at the 62nd Berlinale, one of the world’s leading festivals. The latter three films were supported by the Dubai Film Market’s post-production support programme, Enjaaz; the first by its co-production market, Dubai Film Connection.

Other films screened at DIFF, including Egypt’s ½ Revolution and Palestine’s Cinema Jenin, are also included in the festival’s Panorama, Forum or European Film Market sections, highlighting DIFF’s success in developing its talent and its product to ensure a strong and sustained international future for the local filmmaking community.

As part of its commitment to nurturing talent, the Festival also awarded more than US$600,000 to filmmakers from the UAE, the Arab world, Asia and Africa via its competitions, in addition to hundreds of thousands of dollars in co-production and post-production support to Arab filmmakers via its Dubai Film Market components.

Festival Chairman Abdulhamid Juma said: “Ultimately, our biggest achievement across the years is in increasing awareness of and access to Arab cinema at home and abroad, while simultaneously developing its talent and its product to ensure its sustained future. This is what we set out to achieve almost 10 years ago, and we are proud to witness exponential success year on year.

“In the less than two months after the close of DIFF 2011, we are delighted to see our films and filmmakers catapulting to world-renowned events and festivals including Sundance, Palm Springs, Rotterdam, the Academy Awards and Berlin. We are also continually receiving news on acquisitions and sales deals initiated during our Festival from all markets, as well as positive feedback from around the world. We’ve already started working towards an even better 9th and 10th edition.”

The Festival’s co-production market, the Dubai Film Connection, hosted more than 237 meetings between filmmakers with works in progress and industry partners during the eight-day festival. The DFC also facilitated multilateral deals with production companies across Egypt, France, Germany, Canada, Lebanon and Saudi Arabia. The Dubai Film Connection also shortlisted 15 films by Arab and Arab-origin director/producer teams to receive up to US$100,000 in funding and invaluable industry connections, including matchmaking with specialists in production, sales and distribution, and funding.

Enjaaz, the Festival’s post-production support programme, named five additional films from the Arab world to receive up to US$100,000 each towards realization during Dubai International Film Festival 2011. The programme supported 20 films in all in 2011.

DIFF 2011 key indicators include: more than 50,000 tickets sold; nearly 1,700 registered media and 2,000 industry delegates; and a 30 per cent increase across its world, international and Middle East premieres.

Dubai Filmmart, the Festival’s trade and distribution platform, hosted 2,152 screenings at its state-of-the-art Cinetech lounge offering 231 films, representing 201 right holders and 52 countries, for potential buyers from across the world. More than 150 sales agents participated in the event.

The Dubai International Film Festival 2011, which screened 171 films from over 56 nations, opened in unforgettable style with the premiere of 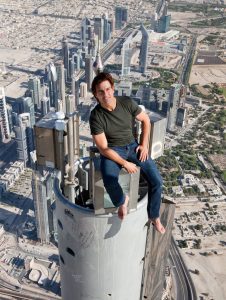 The Investment Corporation of Dubai is the title sponsor of the Dubai International Film Festival. The eighth edition of DIFF was held in association with Dubai Studio City. Dubai Duty Free, Dubai Pearl, Emirates Airline and Madinat Jumeirah, home to the Dubai International Film Festival, were the principal sponsors. The Festival was supported by the Dubai Culture & Arts Authority. For more and updated information about DIFF, please visit www.dubaifilmfest.com