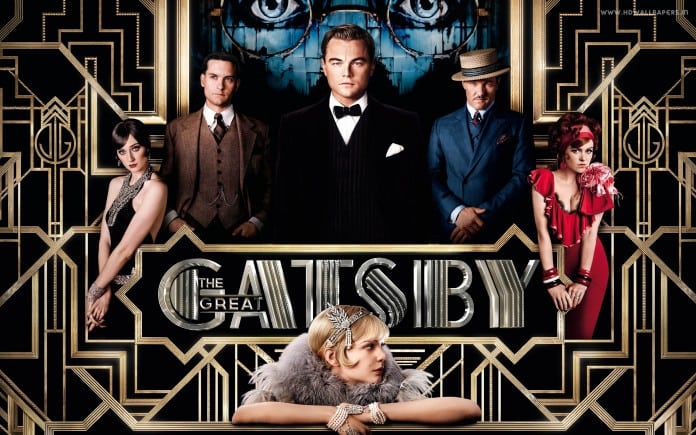 Which is your favourite film of 2013? The answer of this question is different for everyone. Even critics are hardly ever unanimous when it comes to reviewing a film. Still, we did manage to rank the Top 10 movies of the year based on both box office popularity and critics’ opinions. Here’s the result:

Gravity – The story is about two NASA travelers (played by Sandra Bullock and George Clooney). They both lose themselves and lose their access to oxygen. Combine this epic plot with 3-D effects and two of Hollywood’s most love actors and you get a future classic. This production excites and thrills in many ways. In addition, it became a critics’ favourite before it was even released on the big screen.

The Great Gatsby – This is a great adaptation of F. Scott Fitzgerald’s classic novel. Its strong sides that it not only impresses as a film, but also as an extension of the original story. The fact that it is beautifully made add even more charm to the production.

12 Years a Slave – With this film, director Steve McQueen once again shows his huge talent. After, Hunger and Shame, everyone expected McQueen to either to rise or to fall. 12 Years a Slave is definitely a masterpiece. The movie is often called an anti—Gone With the Winds and it is a hard one to watch and experience. It shows all the faces of the monstrosity in one dark historic period.

The Hobbit: The Desolation of Smaug – This film will soon hit the theatres. However, the critics’ reviews are already out and they are more than promising. It seems that the second part of the trilogy will be even better than the first one. And why wouldn’t it be? After all the film is directed by the legendary Peter Jackson and it offers a nonstop adventure.

Frozen – What is really special about Frozen is that it is Disney’s first animated movie with two heroines. Although it is based on Hans Christian Andersen’s “The Snow Queen,” do not expect it to follow the same original plot or characters. Also, the humour in the story makes it even more entertaining. A great holiday film to watch!

Only God Forgives – This movie is bloody and filled with acts of revenge. You will find it even aggressive and disturbing at times, but that is its beauty. Only God Forgives is not a family film and is not recommended for those who want to watch a lazy Sunday-afternoon flick even though the plot develops at a very slow pace.

The Hangover Part III – Your reaction to this production will be either disgust or long fits of laugher. The guys in the film always find themselves in trouble and try to get out of it in the most hilarious way possible. Part III makes no exception.

Oz the Great and Powerful – This movies is flooded with young and yet recognized talents like James Franco, Michelle Williams and Mila Kunis. This film managed to attract people to the theatres. However, although very charming and beautiful to watch, it does not reach the class of original.

Furious 6 – This movie includes some powerful machines, awesome stunts and great action actors, like Vin Diesel, the late Paul Walker and Dwayne Johnson. It will allow you to travel the world in high speed. Furious 6 is better, bigger and more adrenaline-filled than its predecessor.

RIDP – RIDP reminds a slightly of Ghostbusters to the story. However, it is funny, over-the-top and even odd production. It’s one of those films you just hate to love.

2013 was definitely rich in movie productions and it was one of best film years in a long time. As for 2014, there are many potential blockbusters on the way. Among them are 300: Rise of an Empire, Need for Speed, Captain America: The Winter Soldier, Rio 2, The Amazing Spider-Man 2, Godzilla, How to Train a Dragon 2 and Transformers: Age of Extinction.