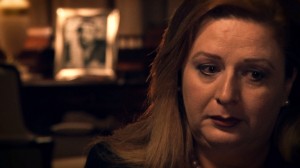 Suha Arafat, the wife of the late Palestinian leader Yasser Arafat, will share insights on the life and times of the Nobel Peace Prize winner with the screening of The Price of Kings – Yasser Arafat at the eighth Dubai International Film Festival, on Thursday , December 8, at 8.45 pm.

Held under the patronage of His Highness Sheikh Mohammed Bin Rashid Al Maktoum, UAE Vice President & Prime Minister and Ruler of Dubai, the film festival is screening the bio-pic on Arafat in its Arabian Nights segment. Suha will join the director Richard Symons and other cast/crew members on a mini-red carpet at the First Group Theatre in Madinat Jumeirah, DIFF’s headquarters.


The 73 minute documentary feature on Arafat showcases rare footage of key moments in the Palestinian history, and has a series of illuminating interviews with Arafat’s closest family, friends and colleagues including exclusive access to Suha.

The Price of Kings – Yasser Arafat throws light on the legacy of a man who fought to bring peace to one of the world’s most stubborn conflicts, a goal he was unable to realise within his own lifetime. The film will have a second screening on December 10, Saturday, at 12.30 pm, at Mall of the Emirates Vox Cinemas 4.

DIFF2011 will screen 171 films from 56 nations representing the best of national, regional and world cinema between December 7 and 14 at the Mall of the Emirates, Madinat Jumeirah and The Walk at JBR.

The Investment Corporation of Dubai is the title sponsor of the Dubai International Film Festival. The eighth edition of DIFF is held in association with Dubai Studio City. Dubai Duty Free, Dubai Pearl, Emirates Airline and Madinat Jumeirah, home to the Dubai International Film Festival, are the principal sponsors of DIFF. The Festival is supported by the Dubai Culture & Arts Authority. For more and updated information about DIFF, please visit www.dubaifilmfest.com