A new study by Barclays Capital and Ledbury Research found that women were more likely to make money as investors in the financial markets, mostly because they didn’t take as many risks as men. Usually, they buy and hold. Women trade this way because they are not very confident or overconfident as men, the new study reveals.

“Women were more likely than men to have a greater desire for self-control,” the writing concluded. In simple words, they trade less and earn more.

“Women tend to have lower composure and a greater desire for financial self-control, which is associated with a desire to use self-control strategies. Women are also more likely to believe that these strategies are effective.”

The study confirms previous findings that women tend to perform better as investors. In 2005, a study by Merrill Lynch found that 35% of women held an investment too long, compared to 47% of men. Moreover, an academic study in 2009 found women made 1% more annually.

Well-known finance professor based in Hong Kong, Chun Xia, also wrote that women reported a greater desire for self-control in their approach to financial management. They are likely to get stressed more easily. Their awareness partially accounts for their greater desire for financial discipline.

However, the study said, it is men who actually have a greater need for discipline when it comes to investment management, as they tend to be overconfident in investing.

Such findings probably does not come as a surprise to many. Recently, plenty of evidence is emerging that shows women are better at just about everything.

In his book, Man Down: Proof Beyond a Reasonable Doubt That Women Are Better Cops, Drivers, Gamblers, Spies, World Leaders, Beer Tasters, Hedge Fund Managers, and Just About Everything Else

, American author Dan Abrams collects information from leading researchers over the past few years to present the case for the ‘fairer’ sex. A legal analyst for ABC News and former lawyer, he approached the topic as a defense attorney, using evidence that already exists to debunk popular myths about women. As Abrams notes, women are better soldiers, because they complain less about pain. They are less likely to be hit by lightning, because they are not stupid enough to stand outside.  Women also remember words and face better. They’re better spies, because they’re better at getting people to talk and reveal.

This is actually deflating news for men, but they still have great chances to succeed if they manage to overcome their self-destructing impulses, pride, overconfidence and ego. 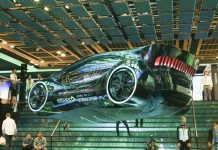 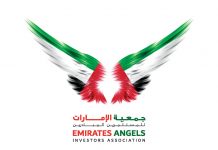