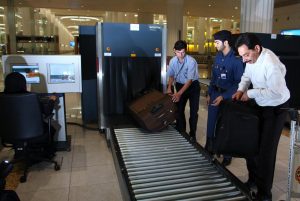 Dubai Customs has completed all preparations for receiving visiting and resident passengers arriving in Dubai International airport during the current summer season extending until next September by mobilizing about 440 male and female inspectors to serve passengers at the three airport terminals.

A set of measures have been taken by Dubai Customs to facilitate the passage of arrivals through the three terminals and alleviating any obstacles they might encounter.

Such measures included coordination with the operating Airlines over facing any potential increase in the number of passengers, scheduling annual leaves of customs staff operating at the airport within acceptable limits, conducting workshops for inspectors focusing on good reception of passengers as to increase their satisfaction level and using high-tech scanning equipments.

HE Ahmed Butti Ahmed, the Executive Chairman of Ports, Customs and Free Zone Corporation and Director General of Dubai Customs made an inspection visit to Dubai International Airport terminals to learn about all preparations being made.

Mr. Butti emphasized during the visit on the importance of providing assistance and help to needy passengers and intensifying the training aspect for customs staff operating at the airport terminals of both sexes either in respect to security, social or linguistic skills in order to raise their workable competency and capability.

The tour of the Director General who expressed his pride on customs inspectorsâ€™ compliance and precision in performing their duties covered hand bags inspection area, passengersâ€™ inspection, surveillance and control sections and the administrative offices of Dubai customs.

â€œwe seek through the facilitations being delivered to complete the passenger processing without unnecessary delayâ€, he said.

â€œDubai Customs has distributed thousand of guiding brochures to visitors and arrivals to Dubai Airport containing full information about the authorized entry of baggage and materials, items to be declared to customs and the requirements for bringing in medicines or importing domestic animals,â€ he pointed out.

In the meantime, Mr. Khalid Ahmed Yousef, the senior Manager of Terminal 3 at the Airport explained that their Management has established an integrated teamwork to follow-up the summer period preparations.

â€œDubai Customs agreed with Emirates Airline in connection with coordination and advance notification in the event of any increase in the number of passengers where direct coordination shall be made between Emirates and inspection duty officers at terminal 3,â€ he added.

According to Mr. Ibrahim Ali Al Kamali, the Manager of Airport Terminal (1), Dubai Customs has taken the same measures at terminal 1.

â€œTerminal 1 has adopted a specific plan for annual leaves during summer season as to be within the acceptable limits, established a team of volunteers (male and female inspectors) for providing support and assistance with focusing on certain fight routes,â€ Mr. Al Kamali affirmed.

â€œTerminal 1 receives between 18 and 20 thousand passengers daily via different international airlines during the normal days but such figure increases remarkably during summer season,â€ he said.

Mr. Humaid Mohammed Al Rashid, Senior Manager of Terminal 2 said that an integrated plan was produced included benefiting from inspectors assistance at the tourism port and developing daily schedules to meet the expected work pressure as per flight schedules and number of passengers.

â€œTerminal 2 receives during summer season an increasingly number of passengers reaching 3500 passengers particularly in the aftermath of Fly Dubai new destinations,â€ he added.

â€œDubai receives more than 230 different nationalities each of its own norms and traditions where we should be trained on knowledge of other peopleâ€™s cultures and traditions in order to better dealing with them and avoiding any misunderstanding that may occur due to using unlikable hints to some nationalities,â€ The Senior Manager of Passengers Relations Service, Mr. Saeed Al Amad, said.

â€œPassengers Relations service Management has recently organized male and female inspectors training on ideal methods of dealing with passengers as part of inspectors approved training plans as well as other specialized customer service training,â€ he added. 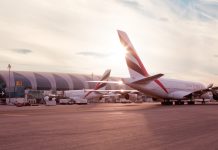 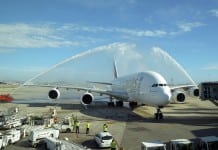 Dubai Customs Boost the Business Position of the Country