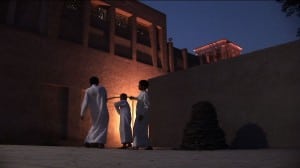 The third edition of the Gulf Film Festival, held under the patronage of His Highness Sheikh Majid Bin Mohammed Bin Rashid Al Maktoum, Chairman of the Dubai Culture & Arts Authority (Dubai Culture) has a strong roster of films by young women filmmakers in the Student Competition section. There are 15 female student filmmakers associated with the 29 films being screened in-competition, vying for top honours in shorts and documentaries.

In the Student Competition â€“ Documentary, Shaikha Awad Al Ayali, a student of Applied Communication at Dubai Womenâ€™s College, is screening Heat the Beat 2 about two brothers who founded the first hip-hop crew in the UAE. The film charts their journey towards becoming rappers and examines their motivations.

Aisha Al Suwaidi, brings Re-Construction, a documentary that explores the trend of plastic surgeries in the UAE. Jumana Al Ghanem and Ahlam Albannai, students of Dubai Womenâ€™s College, direct Am Arabi, which narrates the status of Arabic as a language among todayâ€™s Arab youth. It suggests innovative solutions towards preserving the language and its use. 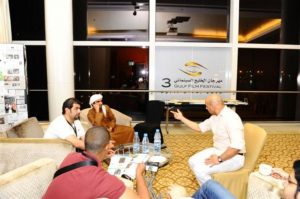 Another Applied Communication student at Dubai Womenâ€™s College, Moza Al Sharif directs Second Wife, a light-hearted investigative documentary about Gulf menâ€™s love for cars, which in some instances, exceed the love for their wives. Latifa Al Karrani and Shamsa Ahmad have directed Jin Hunters, where two girls who know nothing about the word of djinns embark on a journey by posing questions that open many doors.

In Maitha Hamdanâ€™s The Dowry, married and single Emiratis share their thoughts on the issue of high dowry. Filmed in a light-hearted manner, the film carries an important message for its intended audience.

Hafsa Al Mutawa and Shamma Abu Nawas, students of Media Production at the Higher Colleges of Technology, bring Shhh, in which four friends, each of them living in a world riddled with obstacles, are brought together. The film highlights the complexities surrounding friendships when faced with jealousy and hatred.

Maryam Mohammed Al-Gheilani, directs A Rope Knot, which is about a barren woman. The film is a collaborative work with her co-students, and stars famous actors and talent from Oman.

Saudi filmmaker Malak Quota, a graduate student of animation at the University of Southern California, directs Set in Solitude, about an old woman living in a fish bowl. She is ensconced in misery and solitude, numbing herself from life, until things get shaken up.

Hamda Al Bastaki, a student at Dubai Womenâ€™s College, directs The Night, in which lonely young Mansoor wonders who will collect the most sweets during Hag Al Lela.

Muzna Al Musafir, who studies Mass Communications and Political Sciences at Kuwait University, brings to GFF the short film Niqab, about a lady wearing a niqab who gets ready for a rendezvous.

Mariam Alkhayat, a student of photography in Australia, directs Neighbours, in which the innocence of a young girl and boy are challenged by the society.

The Gulf Film Festival, being held until April 14, is supported by Dubai Culture and is held in association with Dubai Studio City. More details on the festival are available online at www.gulffilmfest.com.