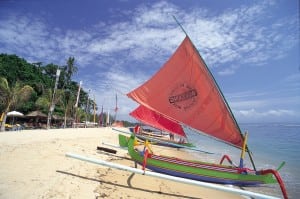 Emirates airline will advance its existing operation to Jakarta with the introduction of a double-daily service, effective 1st March 2010.

The three additional flights will be operated on Tuesday, Thursday and Friday, using the Boeing 777 family of technologically-advanced aircraft in two-class configurations. The expansion will introduce over 2600 seats per week.

The growth in services follows the recent launch of an additional flight in December 2009, underscoring the increased economic and cultural ties between the UAE and Indonesia.

Senior Vice President, Commercial Operations Far East and Australasia, Mr. Richard Jewsbury noted: â€œEmirates is grateful to the Indonesian regulatory authorities for their continuing support. Indonesia is one of our most important markets in the region and we look forward to serving the countryâ€™s growing demand for air travel services. 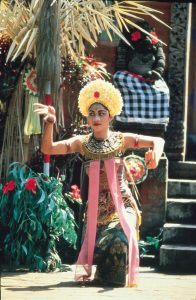 â€œIndonesia is gaining popularity among Middle East travellers, demonstrated by a 20% annual growth in arrivals from the region. On its part the government has taken several steps to promote inbound tourism including visa on arrival for travellers from many Gulf countries. Also, several thousand Indonesians live and work in Dubai and require air transport to visit their homeland.

â€œIn the reverse direction, Indonesian corporate travellers seek connectivity to key commercial centres in Europe, the Americas, Africa and Middle East to advance their trade. Emiratesâ€™ additional services will cater to this rising demand on the Dubai-Jakarta-Dubai sectors.â€

Emirates recently announced an expansion in Europe bringing its network in the continent to 25 gateways. The Dubai-based airline will launch daily flights to Amsterdam (1st May), Prague (1st July) and Madrid (1st August) offering more opportunities to Indonesian businesses.

Indonesian exports of textiles, leather products, fruit, fish, medical and computer equipment will benefit from the increased access to global markets. Likewise, imports of chemicals, cosmetics, machine parts and foodstuff will receive a boost as cargo-carrying capacity escalates by 27 % to 233 tonnes per week per direction.

A winner of more than 400 international awards, Emirates operates one of the aviation worldâ€™s youngest, most environmentally-friendly and technologically advanced-fleet of 143 aircraft. Its rapidly-expanding network spans 101 cities in 62 countries in Europe, North America, South America, the Middle East, Africa, the Indian subcontinent and Asia Pacific.