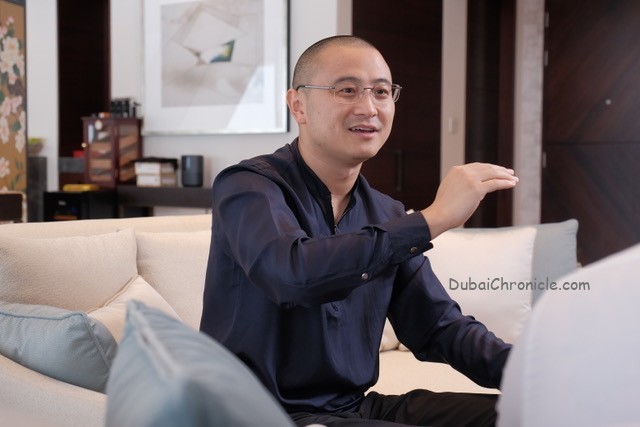 Well Known Blockchain Investor Mr Ryan Xu said that in the first phase, they are going to move their crypto mining business in the UAE to create their very own Encrypted Currency platform in the country besides launching ‘stable’ crypto ‘token’ based on UAE Dirham as a payment method for common use. There are crypto tokens based on different regional currencies like dollar, pound sterling and others and from our perspective, we think that this is the best opportunity to introduce a new ‘token’ cryptocurrency locally to fill the gap,” he said.

The Co-founder of Blockchain Global, Collinstar Capital, and Rongyitou Internet Financial Services Co. Ltd, Melbourne-based ‘Martian’ Ryan Xu is one of the most influential Key Opinion Leaders in the Chinese Encrypted Currency and Blockchain Community. He is also a member of the Asian DACA Blockchain Association and Chairman of HCash Foundation.

Mr. Xu has been dedicated to the Bitcoin industry since 2014, with extensive experience in Blockchain, mining, and investment. He brings special expertise to pioneer Blockchain technology, expand into new markets and leverage new platforms that are especially timely in a fast-changing business environment.

In his new role at Code Chain New Continent Limited as the Chief Strategy Officer and member of the Board of Director CCNC, Zijing (Ryan) Xu said this in an interview in Dubai., Mr. Xu will be the driving force behind the Company’s strategic focus on Bitcoin mining. Mr. Xu will also help drive the Company’s continued growth by leveraging his extensive professional insights in Bitcoin and industry influence to guide the management’s cryptocurrency expansion and development efforts.

In addition, the reporter asked Mr. Xu about other aspects of the blockchain plan, especially in 2021 Mr. Xu has established a new team in the Middle East.

Responding to the rapidly fluctuating Bitcoin value in recent months, Mr. Ryan said that there are good sides and bad sides to it. In terms of the negative side, people get afraid as they do not understand the mechanism and the reasoning behind the rapid change in the price especially when it drops. As for the positive side, the value of Bitcoin is like a baby that is frequently expressing different moods despite its rapid growth.

Shedding light on the company’s strategy, Mr. Ryan said that in the first phase, they are going to move their crypto mining business in the UAE to create their very own cryptocurrency platform in the country besides launching ‘stable’ crypto ‘token’ based on UAE Dirham as a payment method for common use. There are crypto tokens based on different regional currencies like dollar, pound sterling and others and from our perspective, we think that this is the best opportunity to introduce a new ‘token’ cryptocurrency locally to fill the gap,” he said.

He further said that they are working on installing appropriate technology as well as furthering their marketing strategies to launch the local cryptocurrency as soon as possible once the local regulatory authorities give permission to issue a certain license. He expressed his excitement over the launch of their local cryptocurrency to grab hold of the perfect opportunity in the region.

Highlighting the company’s future plan in the region, Mr. Ryan said they believe that the UAE is a financial centre for the whole Middle East region and the district as well since most of the countries are relying on oil but wishes to change their oil-based economy system due to the rapidly changing environment in the world along with its revolutionary inventions in every sector. Mr. Ryan said that he thinks that blockchain or cryptocurrency could be the next big trend in the future as the next ‘oil’ or ‘digital oil’. He said that users who are looking for an opportunity would require the internet, big data, and all other kinds of online financial activities as this will be the new future.

He also added that the UAE should grab the opportunity and become the pioneer in the blockchain area as it has already done made a very impressive achievement like being the world’s first company to launch the Hope Probe to Mars. Mr. Ryan said that he thinks the UAE government should take the first step to put some Encrypted Currency as central bank reserve so that it can be the first in the world to do so when cryptocurrency eventually become mainstream and result in competitions among world’s governments for percentage in crypto market. Today, the governments are competing for more gold reservoirs and soon the fight will shift from the gold scene and revolve around data, cryptocurrency or blockchain technology and whoever makes the first move in the beginning will have the best advantage. 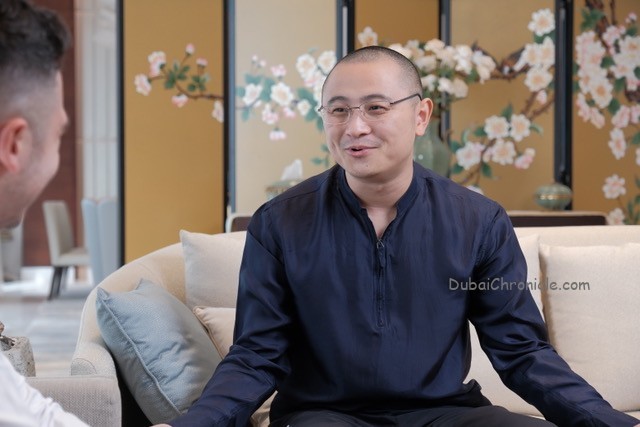 Finally, Mr. Ryan Xu closed the interview by saying that he was pleased with this excellent opportunity to firmly root in the Company’s strategic direction by offering his knowledge of the Blockchain market. He also said that he looks forward to being a part of this to the adventure ahead.

CollinStar Capital was founded by Ryan Xu. Ryan and other co-founders of the firm believed they could set a new benchmark for asset management fund performance through investment in Blockchain technology.

We focus on providing high-quality investment strategy solutions that are transparent, safe and risk-appropriate.

We hold our investment clients’ hand in dealing with the real risks of internet security and fraud associated with Encrypted Currencies. This allows us to provide a stringent portfolio that actively assesses and improves the viability and risk protection of our investments. Our investment clients value our guidance, which enables them to make informed decisions.