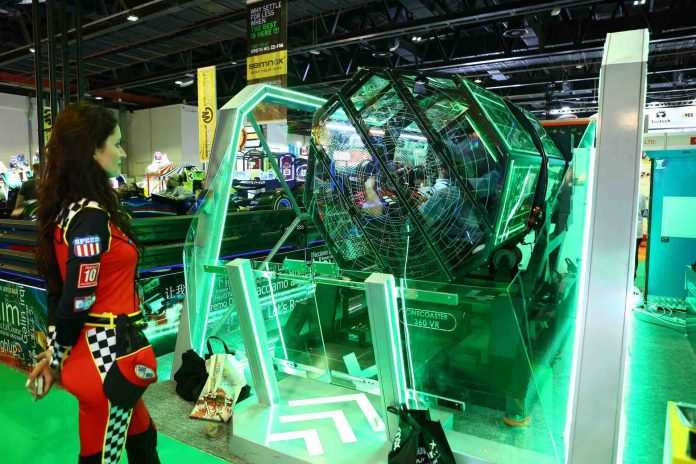 The entertainment concepts are evolving and have taken a completely new avatar with the growing popularity of virtual reality gaming concepts. Furthermore, drones and robots have also entered the fray and currently are in very high demand across FECs and indoor themeparks. Several such innovative technologies and concepts will be showcased at the upcoming DEAL 2019 show in Dubai. The show is scheduled to take place at the prestigious Dubai World Trade Centre during March 25th-27th March.

“Today, there is a massive behavioral change in African millennials. They are changing their spending patterns, from markets to malls, where they can eat, socialize and get entertained at Family Entertainment Centers (FEC)s apart from shopping. With this change in behaviour they also need engaging and immersive experience to support their entertainment appetite. This has given rise to new gaming concepts such as VR and now they are further engaged by Robots who can serve them food and beverages,” stated Sharif Rahman, CEO of International Expo Consults (IEC).

Africa’s population is set to grow to 2.3 billion by 2050. In contrast to the rest of the world, however, its booming population is getting younger. Experts believe that the next big thing for entertainment and leisure industry especially in the African region, would be driven by virtual reality technology. Several DEAL 2019 exhibitors from across the globe would be showcasing a plethora of concepts that the African FECs and Amusement operators to choose from. Soon theme park enthusiasts strapped with VR paraphernalia, will enter worlds that were literally impossible to recreate.

IEC CEO further stated that, “This is a great business opportunity for mall owners, real estate developers and other stakeholders in Africa, planning to launch or grow their unique projects embedded with a gaming / entertainment zone. DEAL 2019 will provide the right platform to create a win-win-win situation for the exhibitors, visitors and the end consumers who will experience these amazing concepts.”

“Virtual reality isn’t just for gamers, geeks and technophiles. Globally the number of theme parks adopting VR technology as part of their offerings to increase attendance is rising. While VR tech is still unfamiliar to most of the stakeholders in this industry, the paradigm shift is inevitable” he added.

With the utilization of haptic feedback suits and laser aiming controllers in the middle of a physical location a user can experience a fully immersive experience. Such VR parks in Africa can attract people from around the region and can prove to be a great revenue generator.

“The African stakeholders who visit DEAL can also visit the VR Parks in UAE to know the potential and also to know how they are growing their revenues. The facility can remain the same, however, the software and the games need to be upgraded and changed which is not as expensive as changing the whole interiors of the facility. In Dubai, there are many options for VR based rides in Hub Zero, Virtual Worlds, Magic Planet among others, an exclusive VR Park in Dubai Mall has also changed the face of entertainment in the city,” concluded Mr. Rahman.