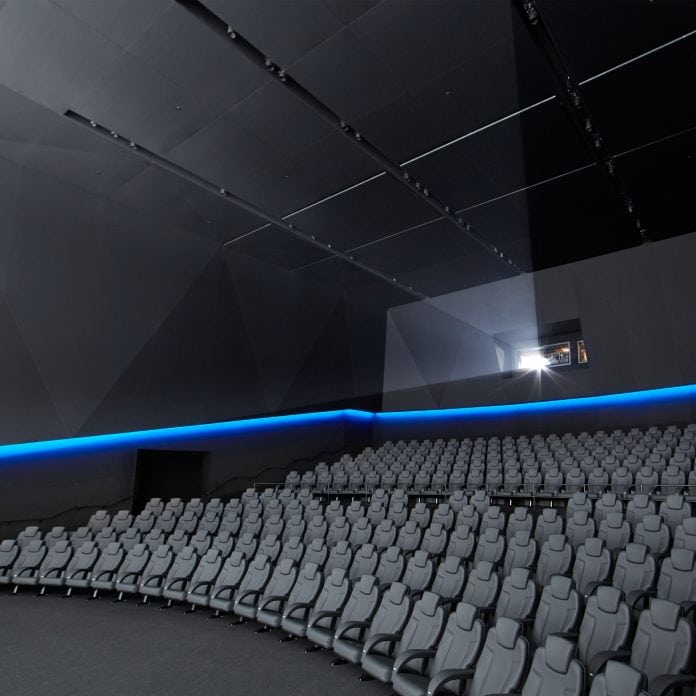 WHAT: Dolby Laboratories, Inc. (NYSE:DLB) and Emaar Entertainment, which manages Reel Cinemas in the UAE, have announced the opening of their new Dolby Cinema at the REEL Cinemas, The Dubai Mall. At this most advanced cinema, guests can expect:

Immersive Audio—With Dolby Atmos, guests are transported inside the story with sound that flows all around them, including overhead. The sound in the cinema envelopes viewers, making the story their reality.

Inspired Design — Every aspect of the design, from entrance to the interior, to seating, comes together to make the experience uniquely immersive and powerful.

Commenting on the opening of the second Dolby Cinema in the UAE, Frank Bryant, Senior Vice President, Dolby Cinema, Dolby Laboratories said, “Dubai residents seek the best-in-class experiences, and we are delighted to be instrumental in serving this audience a state-of-the-art Dolby Cinema at Reel Cinemas -The Dubai Mall. The opening of our newest cinema will provide the ultimate presentation for all genres of film.”

“Partnering with a industry leader like Emaar Entertainment has enabled us to deliver an experience that combines spectacular image, moving audio and inspired design for cinema enthusiasts in Dubai. We look forward to driving further momentum in our strategy to expand the Dolby Cinema footprint in the UAE and the Middle East region,” added Bryant.

Hollywood’s commitment to Dolby Cinema remains strong, with over 180 feature releases mastered specifically for the format. Many of 2018’s most anticipated releases will be shown at Dolby Cinema including: Mission Impossible – Fallout, Venom, Bohemian Rhapsody, Fantastic Beasts: The Crimes of Grindelwald, Aquaman amongst others.

“Opening our second Dolby Cinema in Dubai is further testament to our commitment to deliver experiences-par-excellence. Dolby Cinema at the state-of-the-art Reel Cinemas – The Dubai Mall assures a completely captivating movie-watching experience that guests will not only enjoy, but seek out again and again,” said Adon Quinn, Senior Director, Reel Cinemas.

WHEN: Starting on August 19, 2018, movie lovers can view all the hot new movie releases like never before with Dolby Cinema.

To find showtimes and purchase tickets, visit the Cinema’s page at: http://reelcinemas.ae/en/