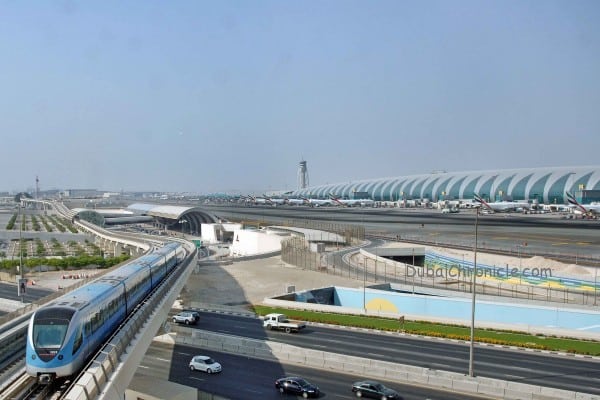 While this was close to one percentage point below its year-to-date growth figure, it remains a robust demonstration of resilience considering the global climate of increasing geopolitical tension.

ACI’s month-by-month passenger and freight statistics are based on a significant sample of airports that provide regular reports and form part of the world’s most comprehensive source for airport data.

Freight volumes picked up speed during the month despite comparing to a particularly favourable May 2017, reaching +5.1% year-over-year, close to their +5.3% year-to-date figures. Outlook for global air freight is currently mixed, with trade tensions and inflation up in May, but freight demand remaining robust in the near term.

“The air transport sector has shown remarkable resilience to the tense climate that has descended over international relations and trade,” said Angela Gittens, Director General, ACI World. “Tensions include the ongoing Qatari blockade and the political challenges facing major Western powers including Brexit negotiations in Europe, and the shifting approach to international relations in the United States.

“The link between aviation and global macroeconomic conditions, however, remains strong, so a prolonged period of diplomatic and market instability could dampen the industry’s outlook for the near future.”

All three major regional markets grew at a similar pace in May, with Asia-Pacific growing by 6.3%, Europe by 6.2% and North America by 5.6%. Asia-Pacific’s year-to-date numbers reached 8.2% during the period, a slight slowdown from its frequent double-digit growth in 2017. The region’s two passenger markets have been growing significantly, with international passengers reaching +9.0% in May on a year-to-date basis, 1.1 percentage point above domestic passengers. The region’s passenger traffic figures showed higher disparity this month, with India, China and South Korea posting +13.3%, +8.3% and +8.1% respectively, while Australia and Japan posted more subdued figures of +2.8% and +2.3% respectively.

In Europe, growth was almost entirely driven by the international segment, which reached +7.6% on a year-over-year basis, compared to its domestic segment’s +2%. The region’s year-to-date growth figure has been trending downwards very slightly in recent months after a particularly strong year 2017 and stood at +6.7% at the end of May. A number of advanced but more peripheral economies grew by double digit figures during the period, with Iceland posting an impressive +26.5%, followed by Greece (+18.9%), Hungary (+13.5%), and Finland (+11.2%). Ireland was close behind, posting 9.8%, nearly double the country’s year-to-date growth rate. The Russian Federation and Turkey, still on a recovery path, grew by 9.4% and 8.0% respectively. The positive pull of the European periphery may be one of the developing trends in 2018.

North America followed with +5.6%, up from its 5.1% year-to-date and +4.2% 12-months rolling average. Although this could suggest a rising trend line, current macroeconomic outlook for the United States remains mixed for the second half of the year, with the national-level effects of the recent tax cuts having run much of their course, and trade pressure crystallizing its impact on a growing number of industries and the jobs they support.

Out of the six ACI regions, Africa posted the highest growth rate for the period, with +7.9% on a year over year basis. The region has been growing at a robust rate in the last 7 months, with major economies such as Nigeria and Egypt, recovering from macroeconomic shocks, which stood at 28.8% and 20.5% respectively on a year-to-date basis. The region’s success is distributed unequally, however; while Nigeria and Egypt are posting recovery-boosted figures, Morocco and Algeria both declined in May, with -2.3% and -7.6% respectively on a year-over-year basis.

Latin America-Caribbean grew at a more moderate 4.1% in May, up from its year-over-year growth of 3.0% in April. The region’s international segment pulled the general growth figure upward, standing at 5.7% on a year-over-year basis. The region’s passenger market, like Africa’s, has been beset by macroeconomic shocks, leading to mixed results at the country-level. In May, Peru (+12%), Chile (+9%) and Mexico (+7.9%) contributed a significant portion of the region’s year-over-year growth, with markets such as Argentina (+3.9%), Brazil (+2.8%) and Colombia (-0.3%) experiencing slowdowns.

May was a difficult month for Middle Eastern airports, with the Qatari blockade close to entering its second year on 5 June and showing few signs of moving towards a resolution. The region’s passenger traffic has been suffering from slowdowns since tensions erupted and travel restrictions were enacted and has been trending downwards ever since. Apart from a short reprieve in March, where passenger traffic grew on a year-over-year basis, the region’s figures have been in the negative for all of 2018 up to this point. Although a number of major airports in the affected countries have seen their traffic figures degrade, Hamad International Airport (DOH) once again suffered the brunt of the impacts, its total passengers falling by 23.6% during the month on a year-over-year basis, and its year-to-date reaching -14.8%.