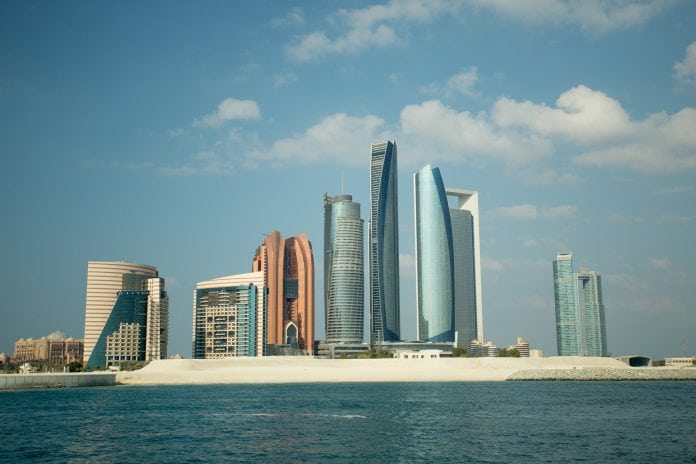 While the first quarter of 2018 has recorded a slowing rate of capital value declines across the UAE, developers of high end homes in Abu Dhabi appear to be sensing a bottoming of the market and are pressing ahead with new schemes, according to international real estate consultancy, Cluttons.

Faisal Durrani, Head of Research at Cluttons said: “2018 looks set to be a better year for the UAE economy as a whole, with GDP expected to expand by 2.6%, from a seven year low growth rate of 1.7% last year. This is, in turn, expected to help support more stable rates of job creation and increased government spending as confidence levels improve.
“In fact, following the announcement by ADNOC at the end of last year to spend AED 400 billion over the next five years to boost growth, we expect to see further infrastructure project announcements this year as the government moves to bolster economic growth.”

The Cluttons Abu Dhabi Property Market Outlook report for Spring 2018 indicates that the very top of Abu Dhabi’s sales market has been relatively positive, and is showing signs of stabilising. Sea facing villas on Saadiyat Island for instance, which remain the most expensive residential property type in the capital at AED 1,700 psf, have seen no movement in prices for two consecutive quarters.
“This trend is likely to help tempt buyers back into the market especially as we feel the stability is likely to persist,” says Edward Carnegy, Head of Cluttons Abu Dhabi. “In fact, we have noted a marginal uptick in demand from Emirati buyers predominantly, looking for second homes, or expanding their buy-to-let investment portfolios on Saadiyat Island. Interestingly, of the 13 submarkets we monitor in Abu Dhabi, sea view villas on Saadiyat Island have experienced the biggest price correction since 2015, with prices dropping by an average of 26.1%,” he added.

Rents across Abu Dhabi’s residential investment areas decreased by 2.3% during Q1 2018, following the 4.3% drop during the final quarter of 2017. The latest change leaves rents 11.5% lower than this time last year.

The falling rents, according to Cluttons, are reflective of the lingering weakness in overall requirement levels. Tenants are wary of the threat of job losses and the rising cost of living, associated with the introduction of VAT and a general upward creep in inflation, which has left many household budgets under tremendous pressure.
“As a result, tenants are negotiating reductions at renewal, while landlords are increasingly receptive to meeting the expectations of tenants by agreeing to close deals below headline asking rates, and they are offering flexible rental payments in multiple cheques to attract tenants as well as other incentives such as zero commission payable and rent free,” added Carnegy.

According to the report, Abu Dhabi’s residential market has the potential to start stabilising by the end of 2018, but until then further softening is expected to persist. “The additional declines will be catalysed by rising levels of property handovers in locations such as Yas Island and Al Raha Beach by Aldar, which will curtail chances for a quicker recovery. We expect a decline of a further 5% to 7% for both residential rents and values during 2018, largely as supply and demand will likely remain out of kilter for a while yet.

Positively, bulk corporate leases are back on the agenda for some firms as they move to secure better lease terms, or indeed better quality accommodation for staff, while also making a saving.” Durrani explained.

Like the emirate’s residential market, Cluttons report says the office market in the capital is also still facing the pressures of firms that are downsizing or consolidating operations; a trend that began over two years ago. While rents across the city’s prime office buildings held steady during Q1, deals continue to be concluded below headline asking rates in many cases. In secondary and tertiary buildings, rates have dropped by as much as 30% to 50% over the same period.

Carnegy said: “In some cases, rents in tertiary buildings have fallen to nearly the same level as prime warehouses. However, these substantial drops do not accurately reflect market conditions and are a result of landlords holding out on rent reductions for extended periods of time, before being forced to make drastic adjustments due to increased vacancy as they chase the market down.

Overall, Cluttons’ report highlights medium term prospects are slightly more encouraging, with rising public sector spending expected to boost GDP growth, which in turn should aid in the return of more robust levels of occupier requirements. “However, this is unlikely to materialise for at least another 9-12 months. Until the market approaches that point, we expect further office rent drops of 5% to 10% on average, across the board, which we expect to continue underpinning the rising relocation activity we are seeing, after a couple of very quiet years. In parallel, occupiers from the banking and public sectors are testing the waters, attempting to capitalise on the softer rents; a clear indication that some are sensing the bottom of the current property cycle ” concluded Durrani.