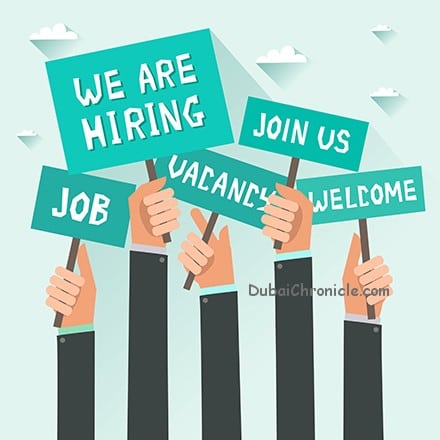 • According to the survey Construction/Engineering is the leading industry where maximum jobs creation is expected to happen, followed by Oil & Gas, Trade/Services

Naukrigulf today published the results of its Bi-Annual survey – ‘Hiring Outlook 2018’; the survey estimates the hiring sentiment of companies and consultants for the first two quarters of 2018 in the Middle East market. Reflecting the sentiment across industries, the survey indicates a robust hiring movement for the period. 53% of employers surveyed in the GCC region predict new jobs to be created as compared to 40% last year.

Commenting on the report V. Suresh Chief Sales Officer Naukrigulf.com said, “Looks like there is a slow and steady recovery of the job market in the GCC countries. As per the naukrigulf.com hiring outlook survey 53% of recruiters expect new jobs to be created in the coming months. Good to see core sectors viz. Construction, Engineering, Oil and Gas showing signs of growth. Good times ahead for jobseekers.”

The hiring activity is expected to rise in the Retail, Banking & Finance and hospitality sectors. 8% of the recruiters indicated positivity in the hiring market for IT and IT enabled services. 4 out of 10 recruiters highlighted that hiring talent for candidates with 8-15 years of experience was the most challenging.

Attrition at workplaces is universal. In GCC countries specifically, the report shows 44% of employers’ predicting attrition to be stable in the coming 6 months. On the other hand, 32% of the recruiters expect an increase in the rate of attrition. 3 out of every 10 employers surveyed, were of the opinion that the attrition in their company was between 10% – 20%.

Three-fourths of respondents surveyed indicated that talent crunch has intensified in 2018 as compared to 2017. Less than one-fourth of the employers of GCC region find recruiting nationals hassle free. Recruiters during the survey expressed the challenge of talent crunch when it comes to hiring other nationalities like – Arabs (24%), Asians (42%), and Europeans & Americans (18%).