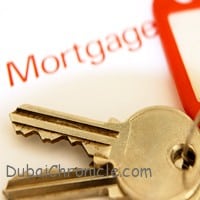 The sharp rise to 55% of buyers financing their home is a sign of maturity in the UAE real estate market, as more and more residents take advantage of low borrowing costs to buy a property.

Indeed, the pendulum officially swung from majority cash-buyers to most in the UAE buying property with a home loan at the end of 2016, according to REIDIN. In 2012, the percentage of those taking out a home loan was less than 20%. The shift makes for a more stable market (that is, one less prone to speculation) but leaves individuals vulnerable to interest rate hikes.

Here are 5 things to ponder if you are considering borrowing in 2018:

Home ownership is set to become more expensive. UAE mortgage rates are tied to the Emirates Interbank Offer Rate (EIBOR), which has been stable for years but is set for incremental increases as the United States Federal Reserve ups interest rates. EIBOR continues to rise and has increased by over 130 per cent since January 2015, currently standing at around 1.56 per cent. Banks typically add 3 to 5 percent to EIBOR to calculate the rate it offers to borrowers. The upward trend is expected to continue throughout this year.

If you can, lock in a fixed rate. Generally, fixed rates provide homeowners with the comfort of knowing what their payments will be during their fixed rate period, regardless of what happens to EIBOR. Once the fixed rate comes to an end, a new fixed rate can be negotiated in line with the bank’s current offers. With a tracker mortgage, mortgage payments will increase in line with EIBOR, which isn’t attractive whilst rates are on the rise, as they are expected to be in 2018.

Off-plan isn’t for everyone, but has an upside. Off-plan financing is restrictive, given the policy that a maximum of 50 per cent financing is available, which also depends on payment schemes and developments partnering with banks for payment plans. But where there are payment plans of 25 per cent payable under construction and 75 per cent at completion, buyers can make their final payment to the developer by way of a mortgage. Similarly, when clients pay the full property value during construction, cash can be released back to those buyers to use as they wish.

Does this sound like you? “A familiar story is clients coming to Dubai with a three-year plan and finding themselves in year four with hundreds of thousands of dirhams sunk into rental payments,” says Brendan Kennelly, Senior Mortgage Consultant at Mortgagefinder, an independent mortgage brokerage owned by Propertyfinder Group. “They plan to stay for at least another three years (probably more) and don’t want to spend any more on rent. The affordability of villas and the increase in property stock has made the dream of owning a property more of a reality. They use what savings and investments they have to buy a property.”

Even if borrowing gets more expensive, it’s still cheap, historically speaking. If interest rates go up, as they are forecast to do, they will do so incrementally, and would likely not get near 2009 levels, when rates topped out at 4.3%.

Moving Home During The COVID-19 Pandemic

4 Reasons To Own a Home Versus 4 To Rent One

Whether to Buy or Rent: Top 5 Villa Communities to Grab a Bargain in Dubai