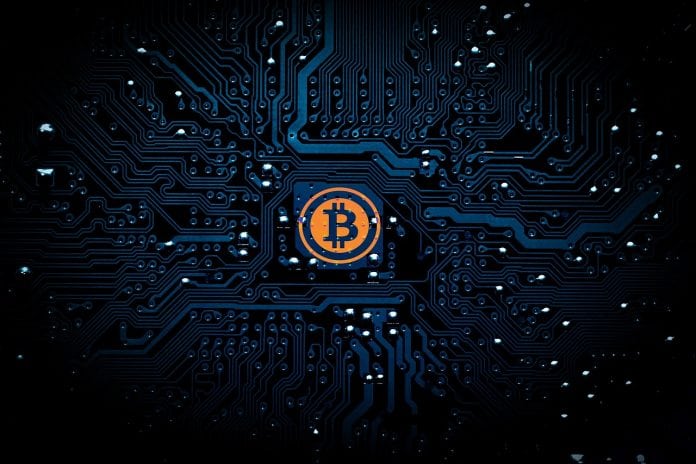 Stefan Ingves, chairman of global regulators at the Basel Committee and governor of Sweden’s Riksbank, said investing in bitcoin was a “dangerous” prospect. “If you look at what has happened in the past when it comes to reaching those type of heights, being it tulip bulbs or a bunch of other things over the centuries, the odds are against those who actually think that this is going to be the future.”

When asked whether cryptocurrencies, such as bitcoin, had ignited any financial stability concerns, Mr. Ingves told CNBC: “I think it’s wrong to call it a cryptocurrency, it’s crypto-something … Kind of a crypto-asset but definitely not a cryptocurrency.”

Fintech does not mean ‘old-fashioned banking’ will go away: Riksbank governor from CNBC.

Ingves said investing in bitcoin — as well as other similar instruments — was a “dangerous” prospect. He urged traders to be cautious because of strikingly high volatility levels and the clear lack of support from either central banks or international regulators.

Bitcoin was trading at around $16,029 on Friday morning, according to industry site CoinDesk, after wild price swings in recent days. The digital currency rocketed above $19,000 on Thursday on the Coinbase exchange, before notching a huge decrease.

The price on Coinbase, one of the major cryptocurrency exchanges accounting for a third of bitcoin trading volume, is often at a premium over other platforms.

“If you look at what has happened in the past when it comes to reaching those type of heights, being it tulip bulbs or a bunch of other things over the centuries, the odds are against those who actually think that this is going to be the future,” Ingves said.

Ingves is not the first to compare bitcoin’s meteoric rise to the tulip craze — widely considered to be one of the first major financial bubbles.

In the 17th Century, tulips became such a prized commodity that they were being traded on Dutch stock exchanges. And many people traded or sold possessions in a bid to get in on the action. But it all came to an end as a sudden drop in prices sparked panic selling. Tulips were soon trading at a fraction of what they once had, leaving many investors in financial ruin.

Bitcoin’s dramatic uptick in market value means it would currently rank among the 20 largest stocks in the S&P 500 — with an estimated value of more than $250 billion.

Meantime, on Thursday, financial regulators reached a long-sought deal to harmonize global banking rules. The Basel Committee — which consists of banking supervisors from the world’s top financial centers — agreed on new regulations to help strengthen banks in the wake of the financial crisis. The rules aim to ensure lenders across the world are consistent with how they manage capital levels and assess the measurement of risk.

There is a “very high awareness” among international regulators of developments in the financial technology (fintech) sector “but it is a bit too early to say where that will take us when it comes to regulatory frameworks,” Ingves said.

“Let me also stress that sometimes there is a bit of a hype when people talk about fintech, thinking that old fashioned banking is going to go away. But I don’t think that is going to happen because regardless of the technology available, in most countries we have had banks for hundreds and hundreds of years and most likely it is going to continue that way,” he added.