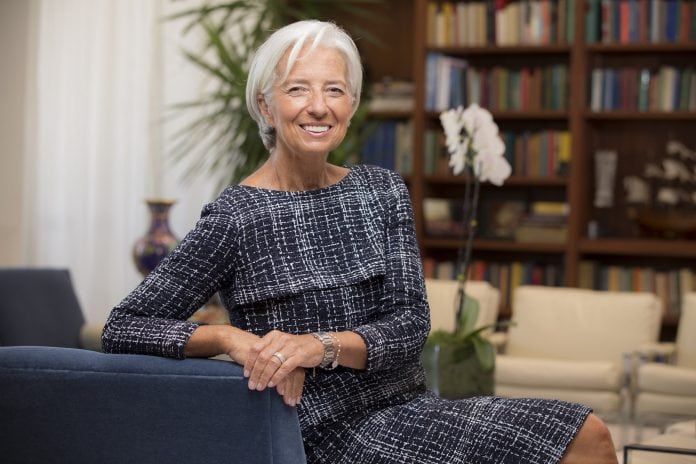 The International Monetary Fund has raised its outlook for global economic growth, citing a post election surge in confidence in the United States, better prospects in large emerging markets and an uptick in global trade.

The rosy forecast is something of a change of mind for the fund, which has been fairly downbeat in recent years in terms of the global economy’s capacity to deliver sustained economic growth.

In delivering the spring version of the fund’s World Economic Outlook, a broad report on the international economy that is updated several times a year, the IMF’s economists took the opportunity to warn again against protectionist tendencies in developed economies. The fund forecast a growth rate in 2017 of 3.5 percent, compared with 3.1 percent in 2016.

As the most ardent defender of traditional free-trade policies, the IMF has, for the better part of a year now, been making the case that trade, free of protective barriers like tariffs and duties, is crucial to a healthy world economy.

Last week, Christine Lagarde, the IMF’s managing director, cautioned in a speech of a “sword of protectionism” that she said threatened to put a damper on the world economy’s ability to expand. But via papers, speeches and privately expressed concerns, the IMF has done little to disguise its fear that anti-trade talk could derail a global economic recovery.

Despite these worries, numerous indicators, including export growth in Asia and soaring demand for container ships, show that global trade is bouncing back.

After growing 2.2 percent last year, global trade volume will expand 3.8 percent this year and 3.9 percent in 2018, the IMF predicted.

Maurice Obstfeld, the chief economist of the International Monetary Fund, wrote in a prepared statement before the report was released that “one salient threat is trade protectionism, leading to trade warfare.”

Developing nations were predicted to expand at 4.5 percent clip this year and 4.8 percent in 2018, a marked improvement from 4.1 percent growth in 2016.

“There has been a stream of continuing positive data that we have seen since the middle of 2016,” Mr. Obstfeld said. “This pickup in manufacturing, industrial production and trade is fueling our confidence that this year and next year will be substantially better than 2016.”

In its analysis, the fund cited a pickup in commodity prices as well as signs of increased investment spending as reasons behind the improved outlook in the emerging world.

Much of this demand has been driven by China, which on Monday said its economy grew 6.9 percent in the first quarter, its highest quarterly growth tally in two years.

Economists say that the main impetus behind this surge in activity is an increase in private and public sector investment. Recent data showing Chinese imports increasing 20 percent highlight this boom in outlays.

Despite the recent growth spurt, many economists say they believe that a pace of close to 7 percent is not sustainable, and they say that recent signs of a credit slowdown are proof that the Chinese economy will lose steam in the coming quarters.

The fund also took note of the risks of China relying too much on credit, especially on hard to pin down shadow financing, to fuel growth.

“Growth has remained reliant on domestic credit growth so rapid that it may cause financial stability problems down the road,” Mr. Obstfeld said. “These problems could, in turn, spill over to other countries.”