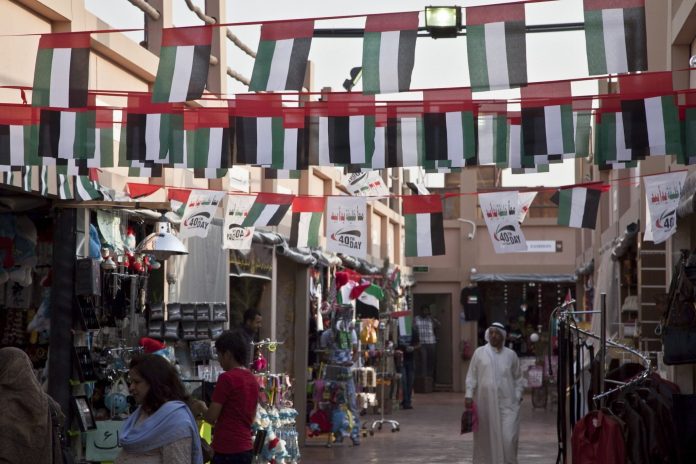 S&P Global Ratings affirmed its ‘AA’ long-term and ‘A-1+’ short-term foreign and local currency sovereign credit ratings on the Emirate of Abu Dhabi; The outlook is stable.

The ratings are supported by Abu Dhabi’s strong fiscal and external positions, S&P said. The exceptional strength of the government’s net asset position provides a buffer to counteract the negative impact of lower oil prices on economic growth, government revenues, and the external account.

The ratings are constrained by our assessment that the emirate has less-developed political institutions than non-regional peers in the same rating category. Limited monetary policy flexibility (given the UAE dirham’s peg to the US dollar), gaps and delays in the provision of macroeconomic, fiscal, and external data, and the underdeveloped local currency domestic bond market also weigh on the ratings.

“We expect that Abu Dhabi will maintain its extremely strong net fiscal asset position above 200 per cent of GDP over 2017-2020,” S&P said. “This is one of the highest net government asset ratios among the sovereigns we rate. Our approach to estimating Abu Dhabi Investment Authority (ADIA)’s investment income reflects the 20-year annualized return of 6.5 per cent published in ADIA’s 2015 review, and our expectation of lower returns on average in the future.

“Despite the low oil prices, Abu Dhabi maintains one of the highest GDP per capita levels in the world, and its very strong net government asset position, mostly in foreign currency, makes the emirate’s economy resilient to shocks in the commodity market. We estimate Abu Dhabi’s GDP per capita at about $75,000 in 2017. The average change in real GDP per capita, weighted as per our criteria, will likely show a contraction of about 2 per cent on average in 2017-2020, largely due to high levels of immigration. We estimate that the population increased by 70 per cent between 2008 and 2015 to 2.8 million, and will reach about 3.5 million by 2020. Real GDP per capita growth is well below that of peers in the same GDP-per-capita category. But, in our view, wealth levels in the economy could substantially cushion potential risks.

“We project that Abu Dhabi’s real economic growth will recover to about 2.7 per cent on average in the coming years, supported by a gradual increase in oil prices and planned public investments. The government has announced its plan to increase oil production capacity to four million barrels per day (bpd) by 2021 and to heavily invest in the expansion of downstream activities. We expect Abu Dhabi’s output of crude oil to average three million bpd in 2017-2020 despite a temporary decline in the first half of 2017. The oil field maintenance scheduled in March and April 2017 will cut output to meet the UAE’s commitment to OPEC’s agreement, reached in November 2016. In addition, we expect non-oil activities in the emirate to face headwinds from the appreciation of the real effective exchange rate of the UAE dirham and tightening fiscal and monetary conditions.

“In 2016, Abu Dhabi derived about 50 per cent of its real GDP and 80 per cent of government revenues from the hydrocarbons sector: oil taxes and royalties, plus dividends from state-owned oil producer, refiner, and distributor Abu Dhabi National Oil Co. (ADNOC). We assume an average Brent oil price of $52 per barrel (/bbl) in 2017-2019. In our view, government policy to encourage the economic contribution of the non-oil private sector is likely to have a significant effect over the medium to long term.

“Abu Dhabi’s government has made progress with subsidy reform since 2015, which we expect will support the ongoing fiscal consolidation over the next few years. It cut utility subsidies in 2015, and the UAE federal government announced a change to the policy of fixed fuel prices, which affected Abu Dhabi and the other emirates. Petrol prices are now set in accordance with global oil price benchmarks (after adding transportation, operation, and distribution costs).

We understand that, previously, these fuel subsidies were covered by losses at the distribution company level, and largely met by ADNOC. We therefore expect only an indirect impact on the government’s budget through dividends that ADNOC pays to the government of Abu Dhabi. We understand from the authorities that the fiscal adjustment will continue at a moderate pace in 2017-2020, after significant spending cuts in 2015-2016 and a sharp drop in oil revenues. We project the general government fiscal balance–which includes our estimates of dividends from ADNOC and Abu Dhabi Investment Council (ADIC), and in which we now also include the investment income of assets held by the ADIA–will be slightly in surplus in 2017, at 0.7 per cent of GDP, following an estimated deficit of 3.6 per cent of GDP in 2016.

“We forecast the general government budget, which includes revenues from the introduction of value-added tax in 2018, will post surpluses averaging about 4.5 per cent of GDP in 2018-2020. On the revenue side, we project hydrocarbon revenues will improve gradually in 2018-2020. We note that the government has introduced new revenue measures, such as taxes on hotel stays and rents paid by non-nationals, this year. On the spending side, we assume that upcoming budgets will include further measures to contain expenditures in light of the low oil price environment.

“Abu Dhabi issued $5 billion of international bonds in 2016. We understand that the government’s financing plan for 2017 is to issue a combination of instruments in foreign and local currency, and draw on ADIA’s assets. We forecast that the general government debt will average 6.7 per cent of GDP in 2017-2020, more than double the 2.6 per cent of GDP average over 2013-2016.

“We estimate the debt of Abu Dhabi’s government-related entities at about 30 per cent of GDP in 2017, including parent-level debt at Mubadala Development Co., International Petroleum Investment Co. (IPIC), and Tourism Development and Investment Co. These entities are backed by the government’s 2010 statement of support. In June 2016, Abu Dhabi announced its plan to merge Mubadala with IPIC; the resulting entity–Mubadala Investment Corp.–created in January 2017, is wholly owned by the government of Abu Dhabi. We understand that IPIC and Mubadala will continue to operate independently until the board of Mubadala Investment Corp. concludes the merger assignment in the coming months.

“We anticipate that, in the event of financial distress, the smaller emirates would receive extraordinary financial support from the UAE (with Abu Dhabi’s backing), although we do not expect that the need will arise. However, even taking this potential exposure into account, which we estimate at around 30 per cent of GDP (summing our estimates of the outstanding direct debt of the governments of Dubai, Ras Al Khaimah, and Sharjah), we assess Abu Dhabi’s contingent liabilities as limited in relation to the strength of the government’s net asset position.

“We believe political institutions in the UAE are in a nascent stage of development, with low disclosure standards compared with those of non-regional peers in the same rating category. The decision-making process remains centralised; however, we observe progress in strengthening the Emirate’s economic institutions. Abu Dhabi has established a debt-management office, undertaken a public expenditure review, and implemented a medium-term fiscal framework. Nevertheless, in our view, there are still substantial shortcomings and material gaps in the dissemination of macroeconomic data, including relatively weak transparency and reporting delays. Disclosure related to the government’s external assets is limited compared with that of similarly rated peers.

“Through its regional and international alliances, the UAE government strives to maintain a balanced foreign policy to safeguard both its strategic and commercial interests. In its energy and foreign policy, Abu Dhabi has been proactively mitigating its exposure to geopolitical risks as well as securing its oil supply to strategic end users. To this end, the government completed the Abu Dhabi Oil Pipeline in 2012, which now has the capacity to deliver about 50 per cent of Abu Dhabi’s oil exports directly to the Fujairah terminal on the Indian Ocean, bypassing the Strait of Hormuz. We do not expect material spillover effects on Abu Dhabi from the conflicts in Yemen and Syria.

“There are only limited external trade, balance of payments, and international investment position data available for Abu Dhabi. We therefore base our assessment of Abu Dhabi’s external position on that of its federation, the UAE. That is, we define the UAE as the host country and use our estimates of the UAE’s external position as a starting point. We then adjust the initial assessment downward due to data gaps, which, in our view, reduce the visibility of external risks. That said, our estimates of Abu Dhabi’s significant external assets, held by ADIA and including our estimate of ADIA’s investment income, lead us to assess the emirate’s overall external position as a strength. Using our narrow net external debt metric, we expect the UAE’s external asset position will average about 108 per cent of current account receipts (CARs), albeit showing a declining trend, in 2017-2020. We estimate the UAE’s gross external financing needs at almost 115 per cent of usable reserves of the UAE central bank and CARs on average over the same period.

“We expect the UAE dirham’s exchange rate peg to the U.S. dollar will remain in place over the next several years. In our view, the UAE has more than sufficient reserves to defend the peg, while considerations of macroeconomic and social stability would also outweigh the potential benefits of amending the exchange rate regime. Liquidity in the banking sector has improved since last year and, in our view, banks are adequately capitalised and enjoy strong profitability. The banks’ financial situation should allow them to absorb the recent uptick in nonperforming loans in the small and midsize enterprise and retail sectors.

The stable outlook on Abu Dhabi reflects our expectation that economic growth will gradually pick up and Abu Dhabi’s fiscal position will remain extremely strong over the next two years, although structural and institutional weaknesses will likely continue.
“We could consider raising the ratings on Abu Dhabi if we observed pronounced improvements in data transparency, including on fiscal assets and external data, alongside further progress in institutional reforms. What’s more, measures to improve the effectiveness of monetary policy, such as developing domestic capital markets, could be positive for the ratings over time.

“We might consider a negative rating action if we expected a deterioration in Abu Dhabi’s currently very strong fiscal balance sheet and net external asset position. If fiscal deficits or the materialisation of contingent liabilities led to a drop in liquid assets to below 100 per cent of GDP, pressure on the ratings would develop. A negative rating action could also result from domestic or regional events that compromised political and economic stability in Abu Dhabi.”