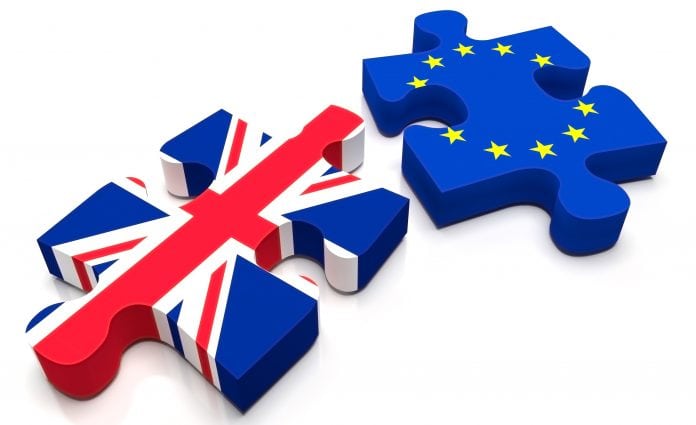 British Embassy in partnership with Crowe Horwath hosted a key meeting aimed at enlightening existing and potential entrepreneurs on the challenges and opportunities of doing business in the UK, post Brexit…

The UK is open for business like never before, and the country remains one of the most attractive destinations in the world for international investment, Alastair Long, Her Majesty’s Deputy Consul General to Dubai and Director of UK Trade and Investment, has said.

The British Embassy in Dubai hosted over 60 delegates, who included business people, professionals and officials from diverse business councils for a meeting aimed at exploring stronger economic and commercial ties between the UAE and the United Kingdom.

In particular, the meeting sought to address key business concerns such as tax, immigration and Brexit implications on business.

The top-most concern for the delegates, was however, the outcome and the challenges brought about by the recent British exit from EU membership.

Brexit is a significant event that continues to be discussed as part of regular bi-lateral engagements covering a wide variety of areas, but the situation hasn’t had any significant impact on investment opportunities the UK offers, which has been going from strength to strength.

Dubai-UK trade totalled AED6.7 billion ($1.82 billion) in the first quarter of 2016 according to statistics from Dubai Customs. Imports accounted for AED4.6 billion in Q1, exports AED393 million and re-exports AED1.66 billion. Total trade for 2015 was AED29.7 billion and the Embassy official predicted the trade figure for 2016 would be higher.

Titled “Establishing a business presence in the UK”, the event was also addressed by UK’s immigration experts, business set-up as well as tax advisors.

UK’s strong commitment to tax transparency and its overgenerous tax incentives, makes the country a good bet for investors from the UAE.

One of the forces shaping UK’s tax policy is the need to maintain a competitive tax system in order to attract investors. However, when you start a business in the UK, it’s of paramount importance that you make sure you understand the local taxation system so that you can navigate it successfully and avoid penalties.

The fact that there is a tiered tax system functioning in the UK means that things like exemptions, relief, thresholds and allowances can make the system a lot more complicated and you should consider seeking out the advice of a reputable professional advisor so that you can have an informed discussion.

The UAE is one of UK’s largest trading markets and investors from the Gulf country have been prolific buyers of British assets in the past decade, snapping up billions of dollars’ worth of property, mostly in the country.

In particular, family businesses and private investors are heavily involved in London real estate. According to London-based real estate agency Chestertons, investors from the UAE accounted for more than 20 per cent of buy-to-let property sales in the UK in 2015. A need to underpin the housing market, which is key to the UK economy, was one reason for the move by the Bank of England to cut interest rates to 0.25% earlier in August.

Currently, the precise Brexit impact on UAE investments is unclear, as overall flows of foreign capital into commercial real estate in Britain stopped in the first three months of 2016, according to statistics from the Bank of England. Figures show that business investment in the country also fell in early 2016, however, the initial panic that saw property funds shutting down and a slowdown in businesses post Brexit, is over.

People who have invested in the UK and those who are looking to starting a business there would be rightfully concerned for their long-term returns outlook. Brexit implies a long period of adjustment as the UK will need to re-negotiate trade relationships.

No doubt the New Year is likely to be critical as the biggest and most immediate challenge for the UK is to reset its place in the global trade landscape before leaving the EU, and this could lead to legal and diplomatic complexities and possible trade conflicts.