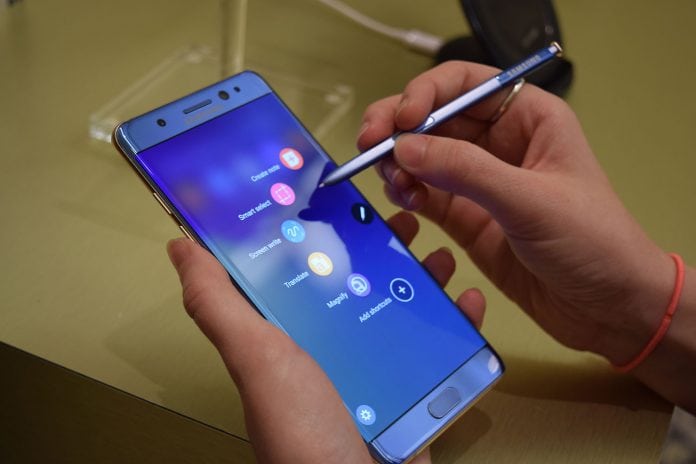 Samsung’s Note 7s are being pulled from shelves in 10 countries, including South Korea and the United States, just two weeks after the product’s launch. Customers who already bought Note 7s will be able to swap them for new smartphones in about two weeks, Koh Dong-jin, president of Samsung’s mobile business, told reporters at a news conference Samsung said it had confirmed 35 instances of Note 7s catching fire or exploding. There have been no reports of injuries related to the problem.

The company said it has not found a way to tell exactly which phones may endanger users out of the 2.5 million Note 7s already sold globally. It estimated that about 24 out of 1 million units may have a faulty battery.

“There was a tiny problem in the manufacturing process, so it was very difficult to figure out,” Koh said. The reason we made this decision is because what is most important is customer safety.”