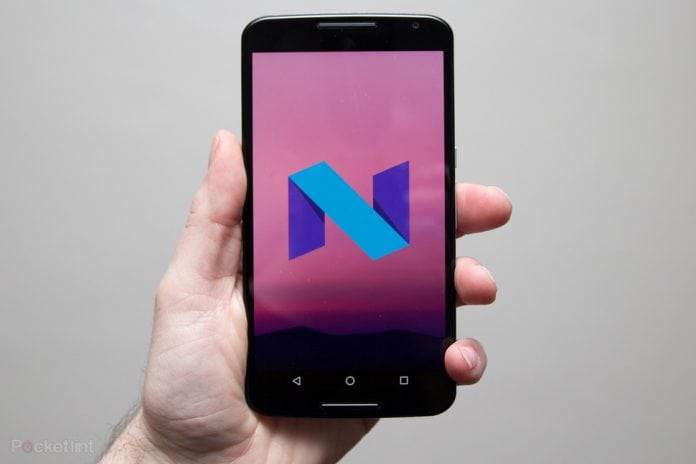 A slew of reports circulating online hint that Android 7.0 Nougat will start rolling out as soon as August 22.

The much-lauded sequel to Android Marshmallow is likely to commence its worldwide deployment with Android device users slated to get a first-hand experience of the latest Google mobile OS.

The five Android N developer previews gave us a great look at future Android 7.0 Nougat features. Of course, developer previews quite often contain features that don’t make it to the final release and there’s plenty more stuff that Google might have added since the last developer preview. Based on the various previews, public statements and credible leaks, we have compiled most of the Android 7.0 features you can expect to see in the next Android version.

The familiar toggle on/off action for Wi-Fi and Bluetooth in the Quick Settings was removed. In its place, tapping the toggles launched the menu screen for each setting. This, naturally, infuriated Android users everywhere to such a frightening degree that Google fix it.

This is the most fun thing. The Android N Easter Egg is a peculiar cat-catching game based on pre-Pokémon GO-era cat-catching game Neko Atsume (Neko meaning “cat” in Japanese). The premise is simple: lay out treats for cats, who will intermittently drop by (in your notifications) for a feed. “Catch” them and share with your friends.

While the functionality has been laying dormant in Android for a long time, dev preview 5 now surfaces the source information for apps. This means that when you tap App Info for a particular app, the OS will display whether it was installed via the Play Store or side-loaded/sourced from a third-party site like Amazon. The feature is likely just there to help technicians or developers diagnose potentially problematic apps sourced from outside Google Play.

The new Google Camera 4.1 comes pre-loaded on Android N dev preview 5 and it adds a couple of nice new features. First up, csutomizable volume key actions. This means you can tell the Android OS what you want volume up and down to do while in Google Camera. Choose from zoom, shutter and volume for now.

The three on-screen settings – timer, HDR and flash – now show their options in a full-width view. When accessing previously taken photos, the Google Photos icon has been replaced with an “All Photos” label in the top right hand corner and you can now double tap to zoom in instantly.

The three on-screen settings – timer, HDR and flash – now show their options in a full-width view. When accessing previously taken photos, the Google Photos icon has been replaced with an “All Photos” label in the top right hand corner and you can now double tap to zoom in instantly. You can no longer display manual exposure settings.

This one is likely to vanish before the final Android 7.0 build rolls out, but for now, there are two new options in the Edit menu of the Quick Settings. “Show layout bounds” and “Profile GPU rendering” both now appear as optional tiles.

The setting is now showing up in the Display settings in dev preview 5. At the bottom there is now a setting called “When device is in VR mode” with options for “use low motion blur settings” and “do nothing”. A teardown will soon reveal further VR mode integration.

If you’re a fan of the funky wrist twist gesture to launch the camera in certain Motorola devices, you’ll be pleased to know the same function was added to the final Nougat feature.

Custom Pointer and other final APIs

The fourth Dev Preview contains the final Android 7.0 APIs and SDK. One of those final APIs is the Custom Pointer API, which will be utilized by devs to get their apps ready for keyboard and mouse control, essential for Android apps on Chrome OS. API 24 is the new target for developers and they are now able to publish apps supporting API 24 to Google Play in the alpha, beta and production release channels.

This is hardly a feature, but it has cropped up enough on the Android bug tracker to warrant the attention of the Android team. Remember, Android N is a developer release, so things occasionally get broken. You can rest assured it will be working again by the time your devices get the official Android 7.0 update though.

For sure Sailfish and Marlin/the Nexus 6P (2016) and Nexus 5X (2016) – or whatever they will be called this year – will be arriving on the same date as Nougat but it seems unlikely considering the lack of concrete leaks. It’s more likely that the 2016 Nexuses, both of which will be made by HTC, will come a little later than Nougat, but probably still earlier than in previous years.

We might see this year’s Nexuses earlier in September rather than the end of the month if the progressively earlier announcement dates are anything to go by.

There has been a steady stream of pre-release leaks regarding Android Nougat and the new Nexuses. Some of the leaks you may have seen recently will likely be Nexus-only features and not be common to all devices running Android Nougat.

Google has already spoken about offering special software features only on the Nexuses in what we can only imagine is Google’s idea of actually “promoting” its device line. Some of those features include navigation control via fingerprint scanner gestures, new Google Assistant features.