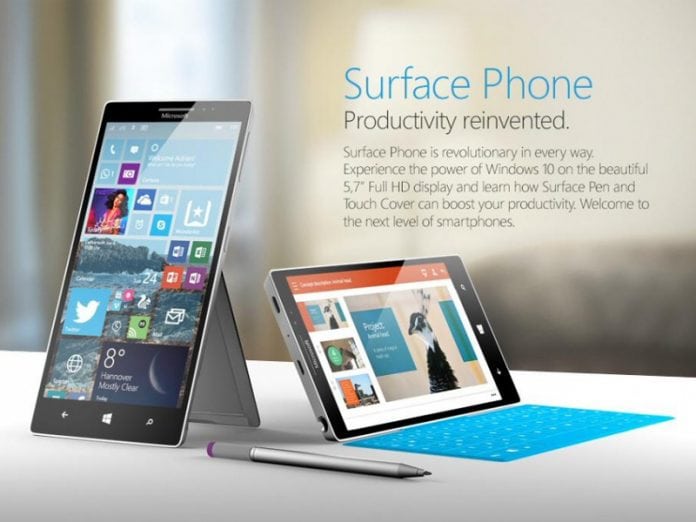 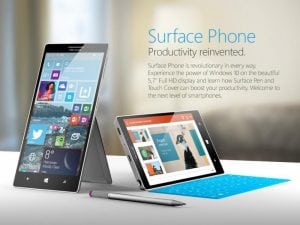 Microsoft Surface Phone rumors have been thrown around quite a lot, and the company seems to be focusing its energy to delivering the much expected smartphone.

We compiled what information is available about the high-end device, so if you are curious about the development of the Surface Phone, read on.

A previous rumor hinted that the handset will land during the second half of this year, but more recent information pushes the timetable to the beginning of 2017. While this could be a downer for some Microsoft enthusiasts, the good news is that the company aims to launch not one, but three different models of the Surface Phone.

Insiders familiar with the matter point out that Panos Panay and his Surface team are on top of developing the Microsoft Surface Phone.

As far as we know the Surface Phone will be an all metal build. Should the upcoming device take a page out of the Surface Tablet’s design, we should see a solid build in the smartphone.

Rumors hinted that the Surface Tablet team will borrow the Kickstand concept and implement it on the Surface Phone, as well. The only thing missing from the productivity kit is a stylus, but we just have to wait and see if that is also in tow.

The three purported models of Surface Phone could sport different display sizes.
Times of India notes that the consumer variant will feature a 5.5-inch screen, while the business oriented devices should get close to 6-inch displays. This should make it easier for power users to engage in multitasking activities.

Previous rumors noted that Microsoft aimed to have Intel’s Atom processors on board the Surface Phone. However, Intel announced that it’s ceasing the manufacturing process for the Atom CPU, which could lead to important ramifications for Microsoft’s plans.

The consumer sector variant should pack 4 GB of RAM and 64 GB of default space, while the enterprise-targeted model is rumored to pack 6 GB of RAM and a hefty 128 GB of storage. The third Surface Phone will be a beastly device that directly rivals some PCs reportedly coming with Qualcomm’s Snapdragon 830 sporting 8 GB of RAM and 512 GB internal storage.

The camera combo will pair a mighty 21-megapixel main camera with a powerful 8-megapixel selfie camera. Insiders affirm that features for the camera will differ among the three models, while the 3,000 mAh battery will be a common trait.

It is a no-brainer that the Surface Phone will try to make the most out of the Windows 10 OS mobile ecosystem. We are looking forward to seeing the Surface Phone operating Windows 10 for Mobile out of the box. There is a strong chance that the business model and the flagship killer will bring pro installment options, such as additional software for productivity and advanced mobile management.

The Surface Phone was supposed to be released during May 2016. The company changed its mind after the Lumia 950 flopped, so now we are looking towards a Surface Phone launch at the beginning of 2017.

Another reason for the delay could reside in the OEM waiting out for Intel to start working on its Kaby Lake processors. As the new series of chipsets is set to begin early 2017, this lines up perfectly with the release of the Surface Phone. Rumors say this is why the Surface Book 2’s release was pushed back, as well.

We expect the three Surface Phones to come with spicy price tags due to the great cocktail of performance and technical specs.

The team behind the successful Surface tablet took the reins for the upcoming handsets, which means that the smartphone will follow in the footsteps of the 2-in-1 slate. What is more, sources from inside the company mention that the Surface Phone will be the most secure mobile device available.

Take this with a grain of salt, but we heard that the price range of Surface Phone models will vary between $700 and $1,200.

Are you excited about the upcoming Surface Phones? Let us know in the comments section below.