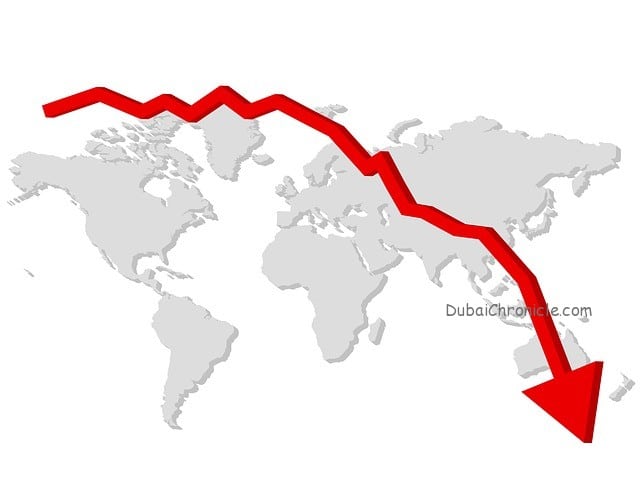 Saudi Arabia’s benchmark Tadawul All Share Index tumbled 5.4% to 5520.41, leading an Arab Gulf markets rout as oil prices settled below $30 a barrel for the first time in 12 years amid worries that a global glut will continue as the Islamic republic increases its crude exports.

Saudi Arabia, the Middle East’s biggest stock market, has now fallen 20% in January after the kingdom ran a record budget deficit last year, forcing it to announce spending and subsidy cuts for 2016 as it attempts to cope with cheap oil. Other regional markets have also dropped sharply this year: Doha stocks are down 18% so far and Dubai’s main index has lost about 15% in value.

Tumbling U.S. stocks on Friday and oil prices plumbing multiyear lows spelt the Gulf markets’ selloff on Sunday. The prospect of more Iranian oil hitting the market has also now become a reality, weighing on already weak sentiment, although it should have been priced in at least since last June.

Iran is a major oil producer alongside OPEC giant Saudi Arabia and its other Gulf neighbors such as the United Arab Emirates. The country is expected to ramp up its crude exports post sanctions relief. This could send oil prices even lower.

Brent, the global benchmark for oil, fell 6.3% Friday to $28.94 a barrel, its lowest settlement level since February 2004. Prices are now down more than 20% since the start of the 2016, pushing oil into a bear market on concerns that demand is unlikely to grow enough to absorb more supply.

For Saudi Arabia, which depends mostly on oil sales to finance its massive budget, the lifting of Iran’s sanctions could create additional pressures on the kingdom.

Besides fighting for customers to buy their oil, the two countries are also jousting for more influence, mostly along sectarian lines, in a region brimming with conflict.

Sanctions relief will give Iran access to billions of dollars in oil receipts frozen in overseas banks. This is money that the Shiite country can potentially use to bolster its economy but also to increase support for its regional allies, Sunni Saudi Arabia and its allies fear.

What started off as negative sentiment and uncertainty is starting to turn into panic and irrational pessimism. The slow burning decline of oil and China is compounding the fear as it gives the impression that there is no end in sight.

GCC region remains well positioned to deal with lower oil prices given their substantial foreign-exchange reserves and their low levels of debt.