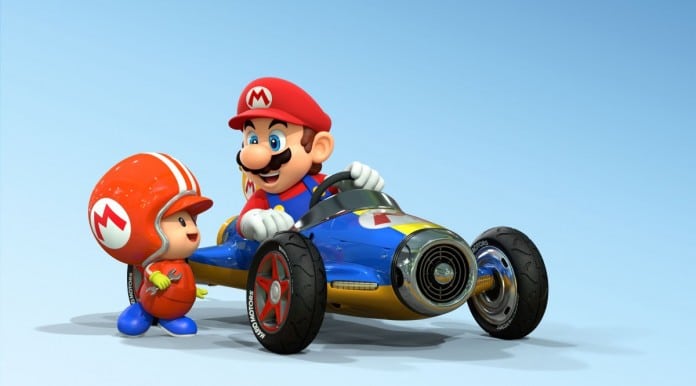 Although Mario Kart 8 an exclusive Wii U title and is not available on console platforms like Xbox and PlayStation, it has been among the most popular games of 2014. In fact, it made it to Amazon’s 10 top selling video games for the previous year. In addition, for just four days on the market, the eight installment of Mario Kart sold in 1.2 million copies. According to Nintendo, Mario Kart 8 has received the more positive reviews in the history of the entire franchise.

Behind the success of Mario Kart 8, however, is not a revolutionary gameplay improvement. Quite the contrary, the title follow the well-known formula seen in previous Mario Kart games. Namely, players pick one character from the Mario universe and start racing with a kart on about 30 different tracks. Gamers can choose to participate in competitions in which they can race against other players or the computer. In addition to that, there is a battle mode in which player uses various abilities and weapons to sabotage the performance of other racers.

There are a few improvements. For instance, some of the tracks are slightly or completely redesigned. Also, online mode allows 12 players to compete against one another.
As always, the biggest advantage of the Mario Kart 8 is that it is very colourful and it is suitable for gamers of all ages. In addition, it includes picturesque scenery, which is constantly changing. On the other hand, this installment of Mario Kart has some weaknesses. During the battle mode, there are long period in which the player is simply driving because there are no other racers around with which to engage in a battle. In addition to that, the characters from which you can choose are either Koopa family member, which are not very popular, or baby version of Mario universe characters. Still, Mario Kart 8 is very entertaining and it can keep any gamer hooked for a long time.

Those looking to buy Mario Kart 8 will find a great diversity of items related to the game on BestBuy, including Mario Kart 8 racing wheel sets, game guides and bundles. Also, you can still find the Wii U Mario Kart 8 and Nintedoland 32GB Deluxe Bundle on Amazon.