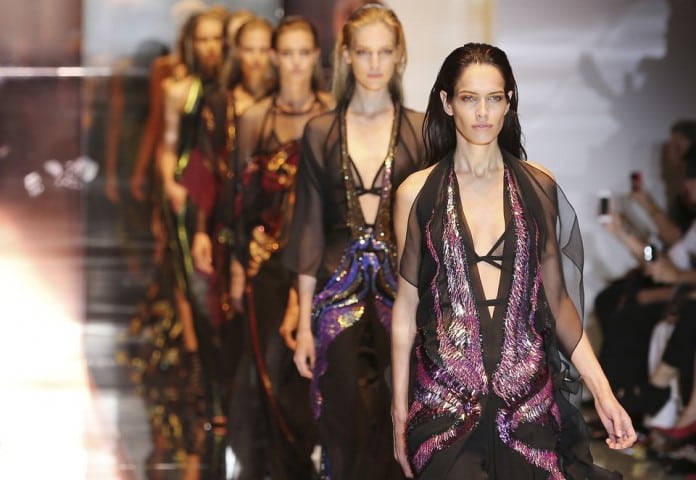 After two successful seasons, Fashion Forward will return to Dubai for a third season. The bi-annual event is not only known for its fashion shows, but also for its workshops, presentations and its tradition to introduce new designers to the fashion scene. The third edition of FFWD in the United Arab Emirates will again follow a similar strategy. It will present the latest collections of both well-known and rising fashion visionaries.

This edition of the event will take place between the 10th and 13th of April. It will be set in Madinat Jumeirah and ticket registration will kick off later this month. The new aim of the organizers of Fashion Forward will be to expand the event’s reach across the Middle East.

The designers and brands which will make a comeback on Dubai’s Fashion Forward runway, include Zayan Ghandour, Ezra Santos, Essa, as well as local talents Yago Goicoechea and Riccardo Audisio. It is expected that the total number of the designers who will return for FFWD Season 3 will be more than 10.
Also, there will be many designers who will showcase their collections on Fashion Forward for the first time. Among them are Jean Louis Sabaji, Lamia Asudari, Zubar and Talha Timol, as well as UAE-based labels like Das and Zareena.

As for the fashion gurus who will participate in the discussions and presentations this season, their names are yet to be announced. Nevertheless, similar to the previous two editions of the event, they are likely to be professionals from the international fashion scene. We remind you that the speakers during Season 2’s talks and presentations included Italian Maria Claire’s senior editor Antonio Mancinelli, Hia Magazine’s fashion and beauty editor Cynthia Kattar, Dubai Design District’s managing director Lindsay Miller, Grazia Middle East’s editor Elaine Lloyd-Jones and fashion photographer Joanathan Bookallil.

Apart from fashion shows and discussions, the third season of FFWD will also bring various accessory designers to Dubai. They will present their collections to guests of the event who, on the other hand, will be able to buy their favourite pieces.

The third edition of Fashion Forward will start on April 10 and it will continue until April 13. Fashion and accessory designers wishing to participate in it, can still apply at the event’s official website. Also, ticket registrations will soon open too.