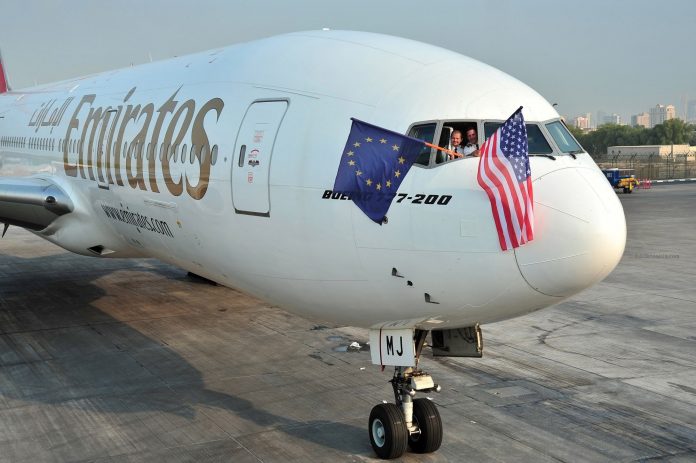 Airline connection between Abu Dhabi or Dubai to European Union countries are plenty. So are the regional carriers as Emirates Airline, Etihad, Qatar Airways and about ten more. Tourism is booming both ways between EU countries and the UAE, but the federation citizens are still required to obtain visas when entering European Schengen countries. This may change soon.

UAE’s authorities are close to realizing a Schengen visa waiver, which aims to allow visa-free travel for UAE citizens to any of all 26 Schengen states, said a senior official.

If endorsed, the UAE would be the first Arab country whose citizens receive the visa waiver.

Continued efforts of UAE diplomats, indefatigably working under the chief of UAE foreign policy, Shaikh Abdullah Bin Zayed Al Nahyan, have resulted in an overwhelming majority vote in favor of marking the country on a list of countries exempt from Schengen visa requirements.

This follows the recent vote at the Committee on Civil Liberties, Justice and Home Affairs (LIBE), where the UAE was added to a list of countries in the Caribbean and Pacific oceans recommended for receiving the visa-waiver. The proposal was passed with a majority vote of 71 per cent of voting LIBE members, but awaits final approval by the European Parliament.
If endorsed, the UAE would be the first Arab country, second in the Middle East and third among Islamic countries whose citizens receive the visa waiver, said Sulaiman Al Mazroui, UAE Ambassador to the European Union, a diplomat who has been hard at work towards abolishing the travel restrictions imposed on UAE citizens.

Al Mazroui told Gulf News on the phone from Brussels, UAE citizens are exactly the type to be given the visa waiver: their purposes in travel are constricted to education, medical treatment, tourism, and investment, and in every case their travel to European countries is not without mutual benefit, and is not a risky affair. “If it is education or medical treatment they travel for, the government finances them in most cases, making defaulting on expenses unlikely.

Additionally, Emirati tourists, he explains, are “voracious shoppers seeking quality” — an unsurprising impetus for shoppers whose country’s trade connections with European countries tipped the €50 million (Dh247 million) point, and where 500 airline trips a week are regularly travelled; numbers that will most likely increase as travel restrictions are truncated. And Emiratis pose no security threat of terrorism,” the ambassador added.

Emiratis facing delays in obtaining Schengen visas as well as those of other countries have demanded that the UAE government stop granting visas-on-arrival to citizens of countries that fail to apply equal treatment to UAE citizens.

In 2011, when the motion to waive visa restrictions was started by countries formerly colonized, the UAE moved to add itself to the complement of countries appealing for the visa waiver.

From Brussels, the de facto capital of the European Union, Al Mazroui lauded the pivotal role played by the ‘friends of the UAE’ group — a group of about forty EU diplomats assembled by Mazroui — at the European Parliament and the UAE ambassadors to the EU states. “Today’s vote is a huge step towards finalizing legislative requirements and moving to negotiations and subsequent waiver implementation,” he said.

The inclusion of the UAE in the list comes as a commendably quick development. In May of this year, when a member of the Federal National Council had demanded that Emiratis be granted equal treatment by the 34 countries whose citizens are granted a visa on arrival, Shaikh Abdullah Bin Zayed Al Nahyan, Foreign Minister and chief of Emirati diplomacy, told the House that the next 12 months will see “positive results” regarding the proposal to exempt UAE citizens from Schengen countries and visas.

There is no set date for when the European Parliament will address the appeal but Al Mazroui says it is unlikely to be any later than the second quarter of 2014. In May, Shaikh Abdullah said 55 countries were granting Emiratis visa-free entry, which was fairly good but did not live up to his expectations.

Al Mazroui says approving the list of countries and the UAE’s inclusion will usher in a unique experiment in which the UAE will act as pioneer: it will allow European countries the chance to investigate the prospect of granting other GCC countries visa waivers as well.