The Dubai Culture & Arts Authority has announced the launch of the first edition of Dubai Marine and Heritage Festival which will be held from April 13 to April 20, 2013. The festival is said to highlight the essential contribution of maritime industry to the economic, cultural and social development of the city and the nation. 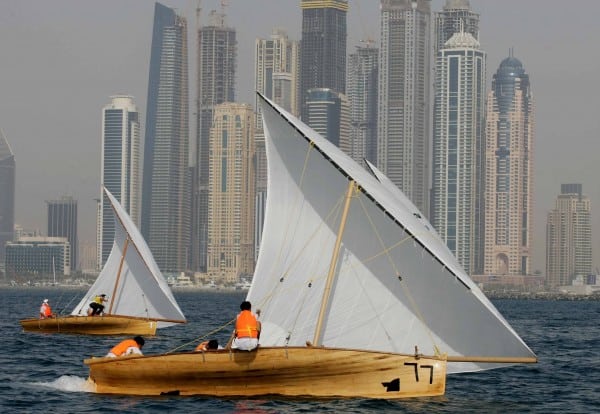 The Dubai Marine and Heritage Festival (DMHF) will be held under the patronage of Sheikh Majid bin Mohammed bin Rashid Al Maktoum, Chairman of Dubai Culture and Arts Authority and Chairman of Dubai International Marine Club. The festival will kick off on April 13 and will continue through April 20, hosting a number of heritage events and activities such as traditional dhow sailing and rowing races – the Dubai Traditional Dhow Sailing Race and the Dubai Traditional Rowing Race held on April 15 and 16, respectively. The event aims at promoting the marine heritage of the UAE by putting in the spotlight traditions and customs that will remind of the role of this industry in the country’s development.

Shaikh Majid himself said the maritime industry is indeed the one that drove the economic growth of Dubai, influencing the whole country. It has contributed not only to the economics, but also to the social and cultural progress of the UAE, and is now to be observed and praised during the course of the festival. With races held at the Jumeirah Beach, DMHF will start of course on April 13 with the traditional 43 ft Dubai Traditional Dhow Sailing Race. The 1,000 contestants expected to take part, will compete in three different races in 85 boats, with a total of 50 participants up for prizes.

According to Shaikh Majid, the event will not only gather well-established maritime athletes, but will also attract new talents and fans of this old, traditional sport. The festival is expected to contribute to Dubai’s water sports industry by drawing the attention of athletes, young talents, business leaders, the media, and of course, of the wider public interest.