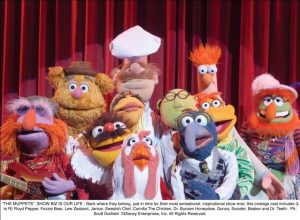 The first big-screen adventure of the Muppets in 12 years will be the red carpet gala for the eighth Dubai International Film Festival’s Cinema for Children programme, leading a lineup of four special family films screening from December 7 to 14, 2011. 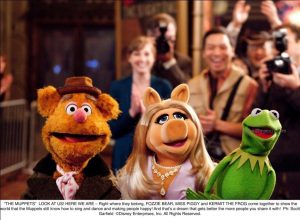 Cooper plays oilman Tex Richman, who plans to raze the Muppet Theatre after discovering oil beneath it. The world’s biggest Muppet fan, Walter, his brother Gary (Segel) and Gary’s girlfriend Mary (Adams) try to stop Richman by staging The Greatest Muppet Telethon Ever to raise US$10 million. To do that, they first have to reunite the Muppets. The film will be the Festival’s Cinema for Children red carpet gala screening on Friday, December 9.

Alongside The Muppets, the Cinema for Children segment also includes Oliver Deickmann’s When Santa Fell to Earth and Christian Ditter’s Wickie and The Treasure of the Gods, both making their international premieres at DIFF; and Arne Toonen’s Chubby Drums and Sarah Smith’s Arthur Christmas, both screening for the first time in the Middle East. 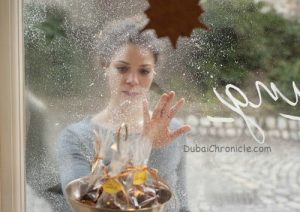 CG-animated, 3D family comedy Arthur Christmas at last reveals the answer to every child’s question: How does Santa deliver all those presents in one night? The film follows the youngest Claus, who must use his father’s high-tech operation to deliver all the presents before Christmas morning. With voices by James McAvoy, Laura Linney, Hugh Laurie and Joan Cusack among others, Arthur Christmas illustrates how at even the heart of North Pole lies a family in a state of amusing dysfunction. The film will be a special presentation at the Madinat Arena on Saturday, December 10.

Based on the best-selling children’s book by Cornelia Funke, the family adventure film When Santa Fell to Earth begins when the last real Santa crash lands onto their street in the middle of a thunderstorm just before Christmas, on the run from the ruthless Goblynch and his army of nutcrackers. His reindeer is missing, and he joins forces with two children, a dog and a group of elves to save Christmas as we know it. 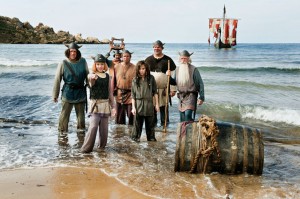 Wickie and The Treasure of the Gods, meanwhile, is a coming of age story. Wickie’s father, Halvar, despairs whether this son will become a real Viking, but when Sven the Terrible kidnaps Halvar, his son gets his big chance. He leads mighty Viking warriors on a rescue mission, before beginning the pursuit of the legendary treasure of the Gods – the same treasure the kidnapper is after. Both films are included in the Festival’s In Focus: Germany section.

Based on the characters from books by Joh C. Kievit, Chubby Drums is the story of a cheery boy who lives in Roundville, where each day is a party. But Chubby’s life takes a dramatic turn when his father decides to open a restaurant in Thin City, and the whole family must move. The family finds it hard to fit into the new town, where everyone is obsessed with their appearance. But Chubby finds himself falling in love with a beautiful girl, and in order to win her over, he must compete with the handsome Viktor.

Myrna Maakaron, DIFF’s Cinema for Children programmer, said: “The Festival’s Cinema for Children segment has always worked to showcase films from around the world that are made for our young audiences and the young at heart. The plots, the adventures and the lessons from each of these films are wonderful, and we are delighted to have a combination of classic multi-generational films like The Muppets and brand-new adventure and animation films.”

The five children’s films are open to all ages; the DIFF Box Office opens online next week at www.dubaifilmfest.com. More information can also be accessed via 363-FILM.

The eighth edition of DIFF will be held from Dec. 7 to 14, 2011, in association with Dubai Studio City. Dubai Duty Free, Dubai Pearl, Emirates Airline and Madinat Jumeirah, the home of the Dubai International Film Festival, are the principal sponsors of DIFF. The Festival is supported by the Dubai Culture & Arts Authority.