A week gone by and so many new and old challenges to be considered:

There have been mixed messages surrounding the moves in the financial markets, to say the least. The widely anticipated speeches from FED chairman Bernanke on Thursday and the address from President Obama have so far failed to be a game changer for the US growth outlook. The current problems are much more focused on European Sovereign Debt issues and the search for possible answers towards these concerns. The next important diary date seems to now be the extended FED meeting on the 20th and 21st September where some clarification about potential growth accompanying measures from the FED can be expected.

Gold: 1855.50 – down $ 27.50 on the week. Gold has not done badly but it has been a consolidation week at best. The market seems to be holding well and is within reach of the highs of 1922 reached last week. What concerns me a little bit this week is the possibility of extreme volatility of the intraday moves. There was one morning last week where gold fell $ 55 within two minutes and it took the rest of the week to make up most of this price drop. This price action was not evidence of a well supported or higher trending market. It was shock and awe which saw the price trail down to 1793 before the market turned again. OK, the corrections are getting smaller and we can hopefully consolidate in the mid 1800`s, but a little bit more caution might not be such bad thing. Gold is trading more or less consistently now, in a premium to platinum and that is expected to continue with the ratio to widen from here on. The gold price could and probably should have been higher already considering all the accompanying issues listed at the top of this report. Nevertheless, it is a simple fact that we cannot escape these pressing issues and that more or less everybody is already long. Gold is one of the few safe-haven asset classes left after the removal of the Swiss Franc as one of the most favoured investment places. Expect more volatility this week but I still think that there is only one logical way for gold to go, unless we are getting credible answers and more importantly SOLUTIONS to the current problems.

Silver : 41.40 – down $ 1.85 on the week. The rollercoaster ride goes on. Silver is again the master of volatility in the precious metals family and there is no reason to expect this to change. It is the favourite metal for short term speculators as it gives the most “Bang for the Buck” in good as well as bad times. Last week silver moved in sympathy with gold most of the time, but there has also been evidence that it cannot escape its natural association with being an industrial precious metal. This might come more to the forefront during the expected decline of the PGM`s. Silver will need more time to reach the old time highs in the current and expected economic climate and will only be able to do so by following the lead from gold.

OUTLOOK : Bullish (but not in bold letters)

Platinum: 1832 – down $ 50 on the week. Platinum gave up all the previous week’s gains and the trend is lower for the time being. The market seems to have accepted now that platinum trades in a discount to gold, at least for the moment, and I expect that quite a few ratio trades (buying platinum and selling gold), have been carried out by the professional dealer community. I don’t expect that these ratio trades are going to be unraveling soon but I am convinced that stop loss trades will occur once we pass the $ 50 discount level. The car industry is doing better than feared in the overall picture but the market cannot escape the overall changing economic outlook.

ETF : Holdings are unchanged at 49 tons.

Palladium : 736 – down $ 39 for the week. Palladium has done what was expected of it. The current price is at the beginning of a further downward move which we expect to reach $ 680 in the near future. That is our target level where we are looking to re-evaluate in light of the macro-economics as well as the specific underlying economics which are so important for palladium, namely the auto industry itself.

ETF : Holdings are unchanged at 66 tons in total. 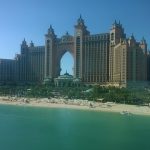