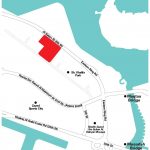 Three banks in Abu Dhabi have agreed to provide finance to buyers of units at the Dh2 billion Bloom Gardens project, reported Business 24/7.

The finance provided by the National Bank of Abu Dhabi, Abu Dhabi Commercial Bank and Abu Dhabi Islamic Bank ranges between 70 and 75 per cent of the purchase price.

Construction of Bloom Gardens would begin in June. Works was planned to begin initially in March,Â  but the project’s cost has dropped from Dh2.5bn to Dh2bn due to the falling cost of building materials. Bloom accordingly reduced the prices of units b 20 per cent to 25 per cent.

The project, to be built on Abu Dhabi’s Eastern Corniche, will consist of 640 villas and apartments set in a landscaped environment. It will be executed over three years. The first phase is due to be completed and the units delivered in the first half of 2011.

Bloom also announced the establishment of two new schools in Abu Dhabi in partnership with United Kingdom’s Brighton College. The first school will be built at Bloom Gardens and the second at Khalifa City.