Suggestions have emerged over the past few days that the United Arab Emirates carriers could be considering tighter forms of co-operation. Rumors between Emirates Airlines pilots’ families spread that Abu Dhabi’s Etihad Airways will form a merger with Emirates Airlines.

According Flightglobal.com Middle Eastern carrier Emirates’ management insists it has not received any indications from its Government owners regarding a possible tie-up with neighboring carrier Etihad Airways.

Emirates Airline produced a net profit of Dh 284 million (US $77 million), for the first six months of its current financial year ending 30th September 2008. This is down 88 per cent compared to Dh 2.36 billion ($643 million) net profits for the same period in 2007, showing the impact of the record fuel prices earlier this year.

Emirates Airline’s president Tim Clark, tells ATI: “We have had no instructions, intimations or guidance from our owners, whatsoever.”

Speculation has increased over Dubai debt levels, which reportedly exceed its gross domestic product, and whether Abu Dhabi could step in to pick up shareholdings in Dubai-based companies.

“Rumours abound and this is one of many,” says Clark.

Abu Dhabi-based Etihad is firmly denying that any discussions are taking place over a link with Emirates.

“Etihad’s policy is normally not to comment on speculation. However, in this case we can categorically state that there are no talks – either formal or informal – about any possible merger and acquisition activity between Etihad Airways and Emirates,” insists a spokesman for Etihad.

Last year Etihad stated that it was examining the potential for co-operation with Emirates, to take advantage of combined purchasing power, although this was limited to non-competitive areas. 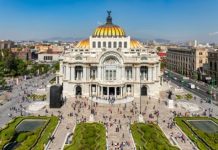 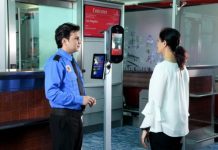