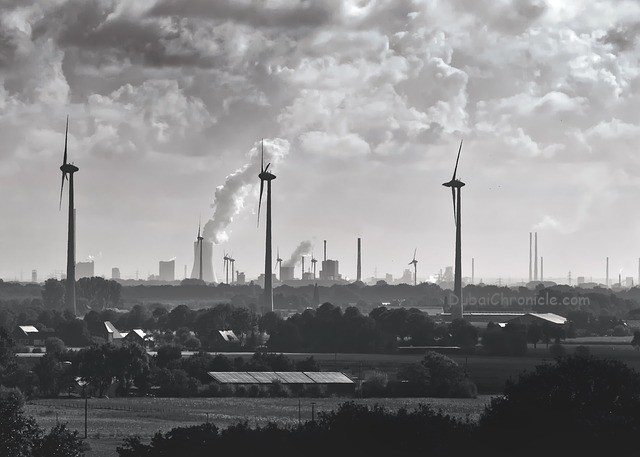 Among the report’s key findings is the emergence of the MENA region as a strong candidate for becoming a major blue and green hydrogen-exporting region due to the combination of low-cost gas resources and low-cost renewable energy. Saudi Arabia and Morocco have already taken measurable steps to bolster their position as low-cost exporters of blue and green hydrogen, as well as net-zero ammonia and other low-carbon products.

Another key trend noted by the report is the expected uptick in planned investments directed to power transmission and distribution projects in several countries over the next five years, driven by the rise of renewables and focus on boosting regional interconnectivity.

The role of the private sector and financing in the power sector however is still largely dependent on sector reforms and government guarantees. Typically, highly leveraged power projects in the region continue to be largely financed based on non-recourse or limited recourse structure with typical debt-equity (D/E) ratios in the 60:40 to 80:20 range, or even a 85:15 D/E ratio for lower risk projects backed by strong government payment guarantees. However, regulatory reforms to support renewables and the impact of the 2020 crisis may change this balance.

The health, economic and financial fallout stemming from the COVID-19 pandemic has cost the global economy an estimated USD 1 trillion, and its impact was felt disproportionately and differently across various sectors. In the power sector, the pandemic underscored the criticality of stable electricity supplies and digital services to the economy and had a tangible effect on power demand across its three major sectors — residential, commercial and industrial sectors. As industries and businesses reduced their operations and people spent more time at home due to lockdowns, the share of the residential sector’s electricity consumption increased at the expense of the industrial and commercial sectors.

In MENA markets, the residential sector accounts for 41% of the total power demand, followed by industrial and commercial sectors at 21% and 20%, respectively, with the remaining 18% comprised of other sectors such as agriculture and transport, as well as network losses.

Dr. Ahmed Ali Attiga, Chief Executive Officer, APICORP, commented: “Compared to other energy sectors, the investment landscape in the power sector held relatively steady despite the COVID-19 pandemic. We expect the power sector to play a vital role in accelerating the post-pandemic recovery process as enhancing energy security and digital services take on increased strategic importance. As part of our vision to support the sustainable development of the Arab energy sector, APICORP will continue to support key projects and promising technologies that contribute to meeting these strategic regional objectives and ensure a more sustainable energy future for the region.”

Dr. Leila R. Benali, Chief Economist at APICORP, said: “Looking ahead, policy efficiency and the digitalization of the power sector weigh in as the most influential factors in the future for power demand and investments. In addition to becoming a more interconnected power market, the MENA region holds vast potential as an exporter for net-zero products, especially given the shift towards electrification from sources such as hydrogen and ammonia. This ultimately should be the vision that policymakers strive to achieve.”

The impact of the COVID-19 pandemic and oil price volatility led to a steady increase in the share of renewables and nuclear technologies in the power supply mix worldwide. The main accelerators for this increased penetration in the MENA region are twofold: the unprecedented cost declines in renewable energy, and governments’ renewable energy targets – which range from 13% to 52% of installed capacity by 2030.

However, the intermittency of renewable power sources and lack of grid-scale storage solutions means that fossil fuels – namely natural gas – and nuclear, will remain indispensable in the power supply mix in the foreseeable future. Furthermore, the penetration of renewable power in many parts of the world still largely depends on the efficacy of the relevant policies, subsidies and regulations.

Impact of COVID-19 on investments in power projects

As noted in APICORP’s MENA Energy Investment Outlook 2020-2024 published in April, committed power sector investments held steady compared to the 2019-2023 outlook. Planned investments on the other hand decreased by around USD 114 billion – a 33% drop – partly due to several planned projects moving to committed status in 2020. Other factors that contributed to the decrease in planned investments were the increased surplus capacities in Egypt and Saudi Arabia, as well as stalled projects in Iran, Iraq, Tunisia and Lebanon as a direct impact of the pandemic.

Planned projects represent almost two-thirds of the total value of the current 2020-2024 MENA power sector’s project pipeline. Mirroring global trends, renewables currently own the largest share of planned and committed power projects for the period in terms of value at around one-third (32%) of total investments, followed by oil- and gas-fired power plants at nearly one-quarter (27%) of total investments, nuclear power (15%) and coal (3%).

In addition to the increased penetration of renewables, the recent push by several countries to boost regional electricity interconnectivity might lead to an increase in investments in power transmission and distribution to strengthen the grid. This includes the 3GW interconnection between Saudi Arabia and Egypt, the 2GW Euro-Africa interconnector between Egypt and Europe via Cyprus, and a 164-kilometre link between Jordan and Saudi Arabia.

Regional integration in the electricity sector in the MENA region continues to be of high strategic importance to ensure energy security. However, the COVID-19 pandemic has hindered the pace of bolstering the region’s three cross-country grids, namely North Africa, Egypt and the Levant, and the GCC.