More than 50 wide-ranging seminar and tech theatre sessions are scheduled at Arabian Travel Market (ATM), which is taking place at Dubai World Trade Centre from 25-28 April 2016. Panellists will be flying in from around the world to contribute to discussions, with topics including mid-market travel, luxury, aviation, technology trends, spa and wellness tourism, business, adventure and halal tourism.

The session will be moderated by Zeinab Badawi, Broadcast Presenter, BBC World News, who will steer the speakers through talking points such as unique selling points of each emirate and their tourism goals, the important role played by the UAE’s aviation infrastructure and airline industry, new mega projects in the pipeline and how Expo 2020 Dubai is set to put the UAE on the global tourism map.

Visitor statistics and hotel development across the emirates is showing signs of positive growth. Abu Dhabi experienced 4,105,846 hotel guest arrivals in 2015 – an 18% rise on the previous year – with an additional 1,000 hotel keys delivered, increasing supply to 20,700 keys by the year-end. 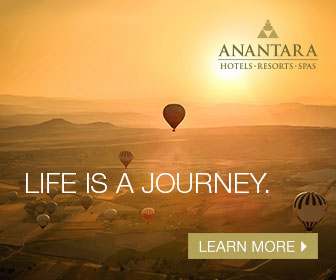 Highlighting the mid-market show theme, which is officially sponsored by Louvre Hotels, is the ‘Mid-market Strategies’ session, taking place on 26 April from 13:15 – 14:15 on the ATM Global Stage. It is designed specifically to identify who the midmarket traveller is, where they come from and what they want.

Responsible tourism is another key focus and will headline several seminar theatre sessions devoted to the topic including ‘Coping With Success – The Sustainability Challenge in the Region’, taking place on 26 April from 14:15 – 14:45 in the Google Showcase Theatre. Solaiman Al Rifai, Senior Manager, Dubai Tourism Development and Investment and Chris Warren, Founder, Warren & Associates will discuss how the region can adapt to address the challenge of increasing volumes of visitors at the destination level.

Over in the Travel Tech Theatre, highlights include headline session ‘Mobile Engagement: Geo-Fencing, Beacons and Service Design in Travel’ taking place on 25 Apr from 14:30 – 15:30 Travel Tech Theatre. Led by Nick Hall, CEO and Founder, Digital Tourism Think Tank, the session will spotlight where mobile has come and where it is heading, as well as how to affordably deploy and scale the latest smartphone technology.

Now in its 23rd year, ATM 2016 will build on the success of this year’s edition with the announcement of an additional hall as Reed Travel Exhibitions looks to add to its record-breaking achievements earlier this year. ATM 2015 witnessed a year-on-year visitor attendance increase of 15% to over 26,000, with exhibiting companies increasing by 5% to 2,873. Business deals worth more than US$2.5 billion were signed over the four days.

For more information on Arabian Travel Market 2016, please visit the website at www.arabiantravelmarket.com