2013 is officially here! That means that it is time to try to keep up to the New Year’s resolutions with which you came up by the end of the last year. It is time for all of us to make an effort and become better and more successful!

Hollywood stars are not much different from the rest since they also make promises for the New Year. Moreover, their resolutions for 2013 are not about Grammy and Oscar awards, or more fans and money in the bank. The New Year’s resolutions of celebrities are often quite simple. Here are few examples:

It seems that the busy schedule of the stars can wear them down sometimes. Justin Bieber’s resolution for 2013 is to take things slow and try to relax more. The teen idol shares that he’s constantly working at full speed. However, he is willing to chill more this year.

Similarly, Bieber’s colleague Nicki Minaj, with whom he recently collaborated on the hit song “Beauty and the Beast”, will try to control her overuse of drinks. 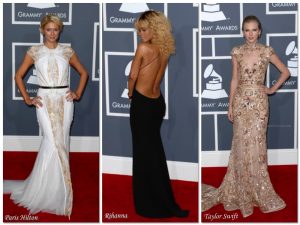 Talking of bad habits, singer Taylor Swift is also trying to cut down on one. But don’t worry, cute Taylor is not addicted to any dangerous substance like alcohol, drug or cigarettes. Swift simply wants to spend less time online. The singer shares that she loves to search things on the Web.

Other celebrities say that they would love to take on a healthier path. Actress Sofia Vergara wants to pay more attention to her health. However, she admits that this has been her New Year’s resolution for several years now and that she has never managed to keep up to it.

Salma Hayek also wants to treat her body in a more friendly way. The Desperado star is having a hard time giving up smocking. The actress has managed to stop the cigarettes a few times in the past and she hopes she’ll make it again.

Another celebrity resolution that has to do with technology is the one of Rachel Bilson. The Orange County star wants to organize the songs on her music player since they were very mixed up.

Hugh Jackman, who is known to be the personification of the father-dream, wants to spend more time with his family and kids. Jackman regrets that he is constantly working and traveling, which keeps him away from his loved ones.

Some celebs like Michele Pfeiffer and Angelina Jolie are happy with their lives and with themselves and they don’t want to change anything. The two actresses will simply try to appreciate all the “blessings” they have.

Interestingly, a number of Hollywood celebrities oppose the New Year’s resolution tradition. Scarlett Johansson doesn’t like to make resolutions. The actress says that this is because she always feels guilty if she doesn’t keep up to them.

Halle Berry also doesn’t follow the tradition since she prefers to simply “embrace” the New Year. Zac Effron shares that he doesn’t need a special occasion to try and change himself or his life.

In comparison, actor Josh Duhamel is a big fan of the New Year’s resolutions. Duhamel takes the time to write a whole list of things that he wants to accomplish. However, Fergie’s husband admits that he always forgets them by February.