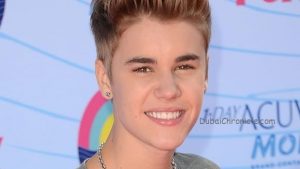 Justin Bieber will be coming to Dubai, according to a number if sources. Some mention 4th of May 2013 as the concert data, but others claim that the superstar will be here before Christmas 2012. His visit may be associated with a famous sports clothing brand.

The concert will take place on May 4, 2013 at the Dubai Sevens Stadium, according to few posters on Twitter. @Catboy_Dubai tweeted : “Justin Bieber LIVE in Dubai, 4th May at the Sevens Ground. 25,000 capacity!”

The announcement is likely to please thousands of fans in Dubai and the U.A.E. Many have been campaigning on social media for years for the pop star to visit Dubai.

Justin Bieber has been one of the world’s biggest celebrities since he was first discovered by an American talent scout on Youtube. He is also one of the biggest names in social media, with more than 27 million followers on Twitter and almost 3 billion views on his official Youtube account .

Justin Bieber was listed by Forbes as the 3rd most powerful celebrity in America and is reported to have earned more than $50m in the past 12 months alone.

Recently, Justin Bieber has made it into the Guinness World Records 2012 Edition book after becoming the first ever solo artist to have three No.1 US and UK albums before age of 18.

No other artist has come close with their album successes: only Donny Osmond can compete as theFirst ever solo artist to have three No.1 singles in the UK charts before the age of 18.

The record adds to Bieber’s collection, with the Canadian already holding the titles for Most viewed video online for his track Baby, which as of 18 May 2012 had amassed 738,166,041 views).

Bieber also holds the record for most widespread social network message in 24 hours, after a message celebrating his 18th birthday was posted 251,878 times on Facebook and Twitter.