Google will use its own store for apps called Google Play 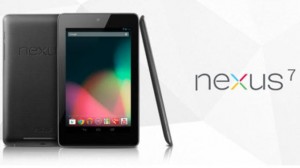 Google Inc. took the wraps off its first tablet computer in the United States, despite the tough competition within the smartphone market from Apple Inc., Samsung and Amazon.

The Google tablet is called “Nexus 7”. It is built by and co-branded with Taiwan’s Asus. The company announced it will begin selling it for as low as $199 on the Google Play website. Apps store will be available from around mid-July.

At 7 inches and $199, the Google tablet takes aim initially at the Kindle model

, which analysts consider a window into Amazon.com

Google can similarly use the Nexus 7 to connect to its own online offerings, which include video service YouTube and Google Play. It will go after more cost-conscious users who might shun the loftier price tag of $499 and above on Apple’s iPad.

The Nexus will feature the new 4.1 “Jelly Bean” version of Google’s software, as well as a front-facing camera, a 1280×800 resolution screen, and an Nvidia Tegra 3 processor.

Google’s Android software is the No. 1 operating system for smartphones, but has struggled to compete with Apple’s iPad in the market for tablets.

Executives showcased the new 4.1 “Jelly Bean” version of Android operating system at the event in San Francisco. The new software delivers faster performance, according to the company, and new features such as “voice search.”

The Internet search leader said that 1 million devices using its Android mobile software are being activated every day.

Industry insiders comments on the Nexus 7 tablet suggest that the device may outperform the competition, because: