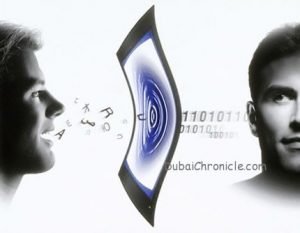 Internet phone service (VoIP) is a strikingly different kind of technology as compared with the traditional telephony. Earlier, landline phone relied on copper wires and analog signals for voice communication. Since then, there have been tremendous advancements in telecommunication technology and the present day phones use the latest internet technology for both incoming and outgoing calls.

VoIP converts analog voice signals into digital data packets to facilitate two-way transmission of conversations in real time using the Internet. But, the earliest version of internet phone was a standard phone that used the dialup connection for communicating. There were several teething problems when internet phone technology was first introduced.

The voice quality was dissatisfactory and there were a lot of disturbances. Again, the copper wires were unsuited for transmitting voice data and that led to frequent breakdowns. These initial hiccups constituted a formidable challenge for the internet phone developers. Many believed that internet phone service would end in a fiasco. 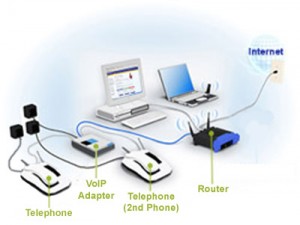 Large corporations hitherto had an unfair advantage over small and midsize business enterprises and that anomaly has been redressed with the emergence of VoIP. Small and medium-sized businesses can now avail all the benefits of VoIP technology.

VoIP is proving to be a veritable boon to small and mid-sized business houses as they are said to lower overhead costs, improve customer relationship management, enable speedier exchange of information, provide more effective coordination among employees, business associates and customers.

Portability is another key feature of internet phone. You do not have to remain in one place if VoIP phone facility is present.. This is a great benefit for employees stationed outside or on the move. VoIP phone users can use their phone service in three different ways.

VoIP ATA: ATA based VoIP services are the ones which do not require you to have a PC or computer. They instead work through their own piece of equipment called VoIP ATA. For this facility, all you need to do is to connect one end of your VoIP ATA with the internet line and the other end with your phone.

Mobile VoIP: Mobile VoIP, as we all know, works with a wireless internet connection. Mobile VoIP performed reasonably well on the 3G network and this has further improved with the availability of 4G.