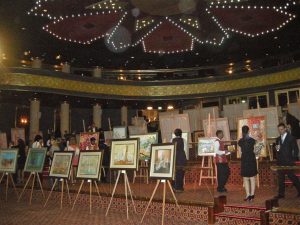 Eternity Art & Culture Foundation, a pioneering promoter of Russian art and culture in the Middle East, was officially launched in Dubai, the United Arab Emirates, during a glamorous event held at the Mehteran Theatre, Jumeirah Zabeel Saray on December 15th, 2011, under the patronage of the Embassy of Russian Federation in the UAE.

The inauguration event featured a preview of Eternity’s exclusive art collection and took place in the presence of renowned Russian painters, who flew into the UAE especially for the occasion. Attendees included key art collectors residing in the UAE, art advocates, UAE officials, as well as the jet-setters of the UAE public scene. Special guest of the evening, His Highness Sheikh Juma Bin Maktoum Al Maktoum, of the Dubai ruling family, praised Eternity’s efforts of introducing Russian art and culture to the region, adding that “the organization’s work fills an important niche and contributes immensely to the UAE art scene”.

Held under the patronage of the Russian Embassy, this successful launch laid the first milestone in establishing Eternity Art & Culture Foundation’s solid presence in the UAE and confirmed the high level of interest towards Russian school of art from the UAE-based art experts and admirers.

“Eternity strives to become a platform not only for showcasing art and artists, but also for promoting cultural awareness and bridging cultural gaps. Our growing collection of rich and unique masterpieces from renowned Russian artists will be exclusively exhibited in the Middle East,” said Feras Dahlan, Chairman of Eternity Art & Culture Foundation. “There is a growing art culture in Dubai, and the UAE in general, with many exhibitions and works by international artists on display. The UAE community is showing an increased interest and appreciation in visual arts, all which make ‘now’ the right time for Eternity to introduce its work,” he added. 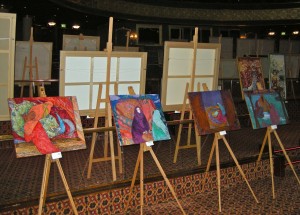 Eternity Art & Culture Foundation aims to be the leading intermediary between artists, professional art galleries, and final consumers, thus contributing to the development of modern art on both local and international levels.

“Art is part our lifestyle and culture. And as such, there is a boundless potential in contemporary Russian art being promoted here in the Middle East. I am very glad that Eternity took on that mission of presenting the contemporary Russian school of art to the UAE public,” said Andrew V. Andreev, Ambassador Extraordinary and Plenipotentiary of the Russian Federation to the UAE.

The opening event was Eternity’s anchor within a planned line of cultural evenings, exhibitions, and educational events in both UAE and Russia for 2012. 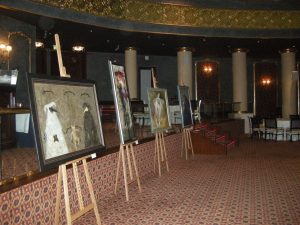 Daria Blizhenskaya, a participant of multiple international exhibitions in Canada, Russia, UK, Bulgaria, UAE, Oman, Bahrein etc., often compared to renowned impressionists Van Gough and Claude Monet, who has created a new dimension in the world of art — what critics have labeled as “confetti style”; 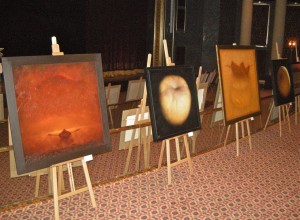 Mikhail Kaban-Petrov, a member of Russian Professional Artists union, most of whose works are sold out to private collections in Russia, Germany, Slovakia, United States, UK, Malta, and now UAE;

Eduard Manukyan, a participant of various international art exhibitions, whose masterpieces are represented in private collections all around the globe – in Sweden, Germany, UK, Moscow, France, Museum of World Alliance “Peacemaker”, and many more;

Julia Maltseva, a participant of various prestigious art exhibitions and design events in Moscow, a lot of whose works are in private collections in Russia, Armenia, Germany, Italy, Iran, and UAE.