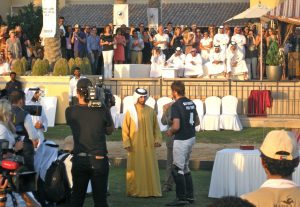 The 1st Threadneedle Dubai Gold Cup had some of the best polo professionals and horses taking part at the Dubai Polo and Equestrian Club from the 6th-12th March 2010. The event is aiming to rank alongside others, already established championships held in UAE, such as the Dubai Desert Classic, Dubai Tennis Championships and the Dubai World Cup. The Dubai Gold Cup will become very important sporting event on Dubaiâ€™s calendar, as there are only few Gold Cups held all over the world, according Mohammed Al Habtoor: “in England, in Spain and at Palm Beachâ€. This was the first time for Dubai to host the Gold cup series polo tournament, one of the most important and prestigious polo tournaments to grace the region. 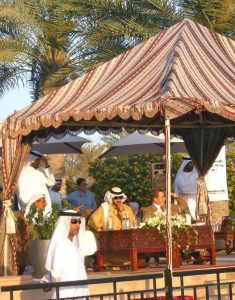 Polo and the Al Habtoor family have a strong association not only locally, but internationally. Mohammad Al Habtoor, the patron and founder of the Threadneedle Dubai Gold Cup, said that he is expecting the tournament to grow and become better, not only because of the overwhelming response from the sponsors and the spectators, but because already the plans for the next edition are outlined.

Shaikh Majid Bin Mohammad Bin Rashid Al Maktoum, Chairman of Dubai Culture, was the chief and presented the glittering trophies to the winners and runners-up in the presence of Khalaf Al Habtoor, Chairman, Al Habtoor Group.

Played before a packed holiday crowd at the sprawling Dubai Polo and Equestrian Club on Friday, 12th of March, the final of the Gold Cup was a very exciting game, Gulfwings/Sumaya leading Mahra Polo Team 3-0 in the first chukka with Matias Vial helping push home the advantage. However Mahra Polo fought on and by the end of the second chukka they had drawn level 3-3 with Manuel Plaza de Ayala scoring his first and Nacho Gonzalez… with a well deserved effort bringing the teams back on level terms. After a barren third chukka, Vial scored his fourth goal from 30 yards, only to see Nacho equalise again for Mahra Polo. Just when it looked like Gulf Wings Sumaya would run away with the title, Gomez made a fine run and De Ayala was at hand to tap in the winning goal. Mahra Polo Team came out stronger and won 5-4 to lift the 1st Threadneedle Dubai Gold Cup. 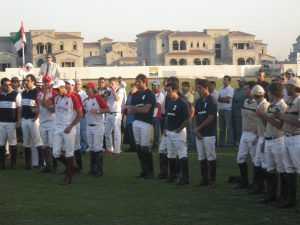 Shaikh Majid Bin Mohammad Bin Rashid Al Maktoum, presented the trophies to the winners and runners-up. Matias Vial was later awarded the La Martina Trophy for the most valuable player of the tournament.

The Threadneedle Dubai Gold Cup was founded in 2009 by an independent committee of polo players, esteemed members of the U.A.E business community and polo professionals from around the world in order to further advance the development of polo in the United Arab Emirates and wider region.

It is the premier international polo competition of the year, attracting the best players from around the world to compete for this prestigious Gold Cup. It is the first and most illustrious edition of its kind in Dubai. Under the banner of the Hurlingham Polo Association (HPA), the Gold Cup is being played according to HPA rules and the provision of umpires will be managed under strict international supervision by the HPA.

Threadneedle is an award-winning provider of investment solutions to institutional and retail clients across the globe. Founded in 1994, Threadneedle is fully-owned by Ameriprise Financial, a publicly quoted investment company that is listed on the NYSE.

The Threadneedle reputation has been built on strong and consistent long-term performance, superb customer service and a broad and complementary range of products. With a team of more than 100 talented investment professionals, our expertise extends to equities, bonds, property and alternative investments. 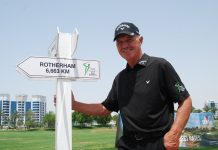 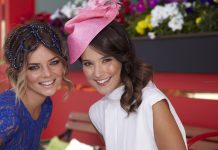 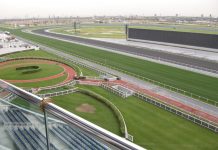 10 Facts You Should Know About 2015 Dubai World Cup 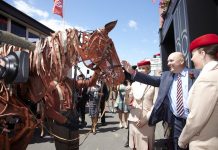 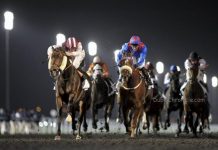 March Excitement in Store for Visitors to Dubai