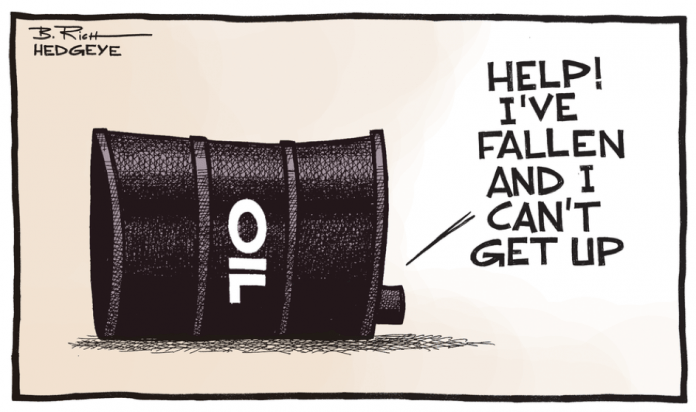 Global oil and gas companies are increasingly facing an uphill battle as global warming policies are taking their toll. Most analysts and market watchers are focusing on peak oil demand scenarios, but the reality could be much darker. International oil companies (IOCs) are likely to face a Black Swan scenario, which could end up being a boon for state-owned oil companies (NOCs).

The first signs of a green revolution in the shareholder-investors universe are there, as investors have forced Dutch oil and gas major Shell to officially change its strategy, investing in more renewable energy and energy storage. The Dutch IOC wasn’t forced by to do so because of mismanagement or a lack of reserves but due to a well-orchestrated investor/stakeholder offensive. Several other peers, such as BP, ENI or Total, are expected to experience comparable situations.

And it has become clear that not only oil and gas giants are being targeted, after one of the world’s largest mining and commodity trading companies, Glencore, decided to put a limit on its thermal coal investment. The group stated that this was done after it was confronted by a largely unknown shareholder network called Climate Action 100+, which claims to be backed by more than 300 investors, managing assets of around $32 trillion. The group was founded a little over a year ago but has already forced oil majors’ boardrooms to take radical decisions.

The above shows that international hydrocarbon and mining sectors are facing a new obstacle, being confronted by large groups of socially and environmentally engaged shareholders, which are no longer looking at commercial value only. A combination of activist institutional investors, international pension funds and NGOs, is a new force to be dealt with. Stock-exchanged listed companies will need to address the will of their shareholders, especially with regards to climate change policies or decarbonization of the economy. After decades of having focused on creating maximum shareholder returns, things have changed dramatically, but maybe not for the better.

For Climate Action 100+, which includes investors such as Calpers, Allianz SE, and HSBC Global Asset Management, making profitable investments remains a top priority, but they will no longer look accept a passive stance towards climate change. Without complying with the demands of NGOs and socially engaged investors, access to new capital for new oil and gas upstream projects will be reduced. Some even expect that the role of Western IOCs could decline in the next couple of years, due to political shareholder engagement policies. To force IOCs, such as Shell or BP, to comply with policies that would halve their “net carbon footprint” by 2050 could result in a death-wish for these companies in the long-run.

The demise of IOCs, as we know them right now, could come sooner than many may expect. This will, of course, come at a cost for energy-hungry regions or consumers. With a net demand growth for oil and gas in the coming years, the world will need all hands on deck to support upstream investments to bring the hard-needed oil and gas reserves and volumes to the market. With less financing options for IOCs, and also oilfield services, the already existing investment gap in upstream investment worldwide will only grow wider. In contrast to what some media sources are suggesting, oil and gas demand will not diminish, on the contrary, oil and gas prices will rise due to a lack of supply.

That this picture is not a future nightmare scenario but is already the reality, is shown by the fact that a growing amount of smaller oil and gas companies have become insolvent. The latter is partly caused by “global warming constraints” and lower oil prices in general. The first casualties are falling in Europe, mainly the UK, where 16 companies went bankrupt in 2018, in comparison to zero in 2012. British accountancy firm Moore Stephenson stated that lower prices were the main cause. At the same time, increased costs (North Sea decommissioning) and lower oil price expectations are doing the rest. If the international financial markets are going to take over the doomsday scenarios presented by pressure groups and NGOs, independent oil and gas companies are going to be hit extremely hard. No investor is willing to invest in a sector or company that looks to hit rock-bottom in the next decade. Stranded reserves reports, as presented by the Bank of England and others, are not helping at all to change perceptions.

Western consumers and politicians, however, should not already start to cheer a green revolution and the end of the oil era. The future is different and could be even less positive than currently is assessed. Financial pressure on IOCs is opening up a Pandora’s Box. By removing market-oriented oil and gas giants from global markets, the only way to gain access to oil and gas will be the national oil companies (NOCs). Not only are they the real owners of the overwhelming majority of hydrocarbon reserves in the world, but NOCs are also not constrained by shareholder activism or NGO pressure.

The main driver for NOCs is to support the sustainable economic growth of their home country or government. In stark contrast to IOCs, which are fully focused on shareholder value and profits, NOCs have a long-term national approach, in which other factors are playing a role. Saudi Aramco and its peers are not only the sole owner of the reserves but also of most of the value chain. The ongoing downstream focus of NOCs can be seen as a push to gain control of the entire value chain, from exploration to sales.

This position is still of value to institutional investors and national financial institutions, as the combination of long-term access, ownership and extensive value chain control, is very attractive. The Fitch AA+ rating of Abu Dhabi’s ADNOC shows that NOCs have become very attractive, even more than IOCs at present.

Mainstream investors, hedge- and pension funds, are and will be interested in financing NOCs, as long as demand and profits are there. Western consumers and the industry should however also realize that a transformation of power to NOCs will also mean that market fundamentals will change, and possible unexpected hiccups in supply will occur at the will of governments, not due to market fundamentals. NOCs are still controlled and owned by national governments.

Supply risks will increase if IOCs see their influence in the hydrocarbon sector diminish. Destruction of knowledge, technical capabilities and additional financing, could constrain the hard-needed push for new oil and gas production.