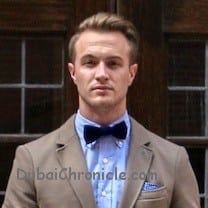 As an American education researcher and consultant based in Dubai, Allen Kenneth Schaidle is constantly comparing developments and achievements in the sphere of education. He has outlined a few lessons other countries can learn from the UAE’s educational successes. For example, currently America is entangled in uncertain times with Americans scrambling for answers in current political figures, innovations, and promises of an economic revolution. However, the cornerstone in which America was built upon—its educational institutions—is trembling. Instead of looking internally for remedies, perhaps countries facing educational challenges can find their answer in another young, ally nation: the United Arab Emirates.

Founded in 1971, the UAE is a youthful and dynamic country, ushered into global limelight at an unprecedented rate. For example, in less than five decades, the UAE’s literacy rate of both genders has risen above 90%, where previously it was only 54% for men and 31% among women.

To pivot the Emirates as a world player, Emirati founders made education a priority from the beginning. Accordingly, the country has become an education trailblazer and has benefited from the fruits of their labor. But how was this achieved? The UAE’s educational success is situated on three factors:  importance of international education, aggressive funding initiatives and centralizing education in political discussions.

From the country’s inception, the Emirates established international educational connections. In the 1960s, the first cohorts of young Emiratis started studying in the United Kingdom. Furthermore, Frauke Heard-Bey notes in From Trucial States to United Arab Emirates that even before the formal organization of the UAE and discovery of oil, a few fortunate Emiratis studied abroad in India and Sudan. Thus, returning with a wealth of cultural awareness and global outlook.

According to the Institute of International Education (IIE), in 2016/2017, 2,753 Emiratis studied at an American higher education institution. Moreover, the UAE leads the world in hosting overseas universities through branch campuses, with roughly forty institutions and growing, such as the University of Birmingham Dubai expected to open in fall 2018. Through international education bridges, the Emirates not only educates its local citizens for the workplace, but also cultivates generations of global thinkers within the UAE and ambassadors of their country abroad.

The UAE’s devotion to international education, and the resulting successes of its people in the UAE’s short history, provides a refreshing example of how beneficial investments in education can be, and how the US must continue encouraging Americans to study abroad, and progressively help them to become more global thinkers. During the 2015/2016 school year, IIE recorded that 325,339 Americans studied abroad. To continue this trend, we must push for greater monetary resources allowing for American students to study away and to increase the diversity of the students going abroad. Furthermore, American higher education institutions should also bolster on-campus internationalization efforts, such as internationalizing curricula.

Second, Americans must hold politicians accountable and push them to aggressively invest in education, like Emirati leaders have done and continue to do. During the 2017 fiscal year, the US Department of Education spent $60.2 billion while the Department of Defense spent $516 billion. Mr. Schaidle is not arguing that America’s borders do not require protecting, but he fears politicians are attacking the borders of our youth’s minds through their own lack of commitment, not external threats. From his observation of the progression and development of the UAE, when Emirati sheikhs want transformation, they turn toward the engines of education with assertive funding. On average, the USA government annually spends anywhere between three to six percent on education in the federal budget, whereas the UAE in 2017 spent 20.5% of their national budget on education. Of course, we must not neglect the economic, demographic, and population differences between the UAE and USA, but the model of change implemented by the UAE is the important takeaway.

If Americans say education is fundamental, then they need to hold their politicians responsible to be at the forefront of helping put in place policies focused on developing education initiatives within our communities, setting targets in relation to these initiatives, and re-allocate funding and even increasing our budget towards investments in education. For example, Emiratis can study for free at many federal universities and the government will often provide scholarships for those who pursue advanced degrees. Americans may not decide to do the same, but we may choose to do more than previously.

Lastly, thorough discussions of education are largely lost in America’s political narrative. Education appears to be absent from the current White House’s administration attention and daily news delivered to the American people, except for budget cuts. On a smaller scale, Mr. Schaidle fears his nation’s beloved local politicians only speak of education during reelection. In comparison, when Emirati leaders speak of their future, education is the cornerstone in their descriptions. Open any newspaper on a weekly basis in the UAE and you will read about a new education initiative directed by a sheikh. Americans also must must ensure their leaders incorporate education into all discussions.

Yes, the USA and the UAE are different places. The UAE has roughly nine million residents—seven million of which are expatriates with a little over two million Emirati citizens. Thus, resources spread further among citizens, but Mr. Schaidle believes America can strive to learn from and emulate some of the models from this ally.

The USA can embrace the UAE’s endeavor to build global thinkers, invest more capital in education, and to have leaders conscious of education’s importance to the nation’s future. With these three archetypes, the USA can parallel the Emirates educational achievements in their short history. In the words of the late Sheikh Zayed, “the real asset of any advanced nation is its people.”

The New Corporate Tax Structure in the UAE – Boon or Bane